Bite Size Halloween Jr. will release throughout October on Hulu 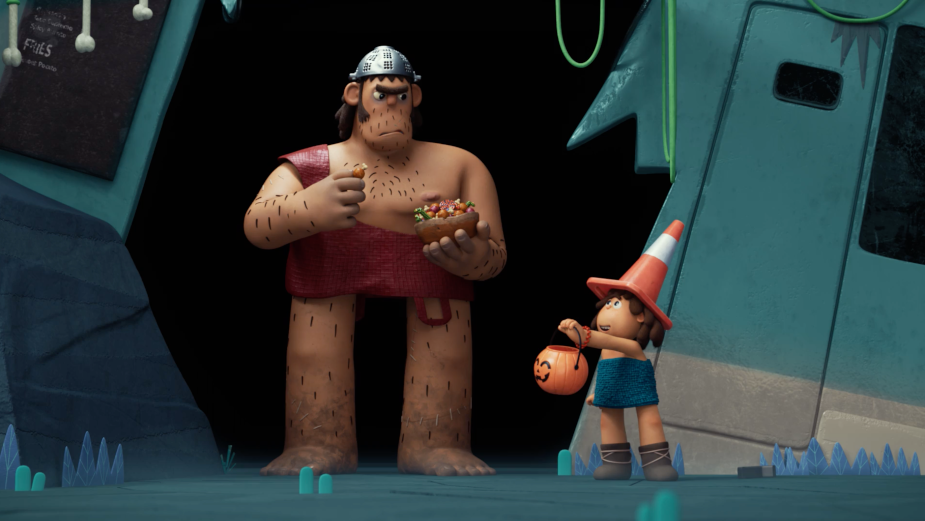 David Worthen Brooks, EVP of 20th Digital Studio, says: “20th Digital Studio and the Bite Size  series provide a platform for emerging storytellers and give them the resources needed to realise their vision. Each short episode can also act as a low risk proof-of-concept for a feature version of the short, providing the filmmaker concrete steps toward their larger ambition. This energy and excitement in short form horror provides a global arena for a community of diverse filmmakers.”

BACK TO CAVE ONE: Created by Passion Pictures’ directing duo Maryka & Quentin, BACK  TO CAVE ONE follows a caveman and his daughter in the far future re-discovering the lost  tradition of trick-or-treating in beautiful CG animation.

COW ALIENS: Creator David Nessl’s unique hybrid animation style depicts the intrepid Cocoa Fia and her crew of Cow Aliens on the search for ‘Moo’ across the universe; landing on a planet made entirely of candy, where they discover sugary treats and sarcastic vampires.

PLANE JANE: A young girl and her pet duck tell the story of the me they were stuck on  an airplane over Christmas, haunted by an omni-present Santa Claus, in stunning stop-moon by director Max Winston.