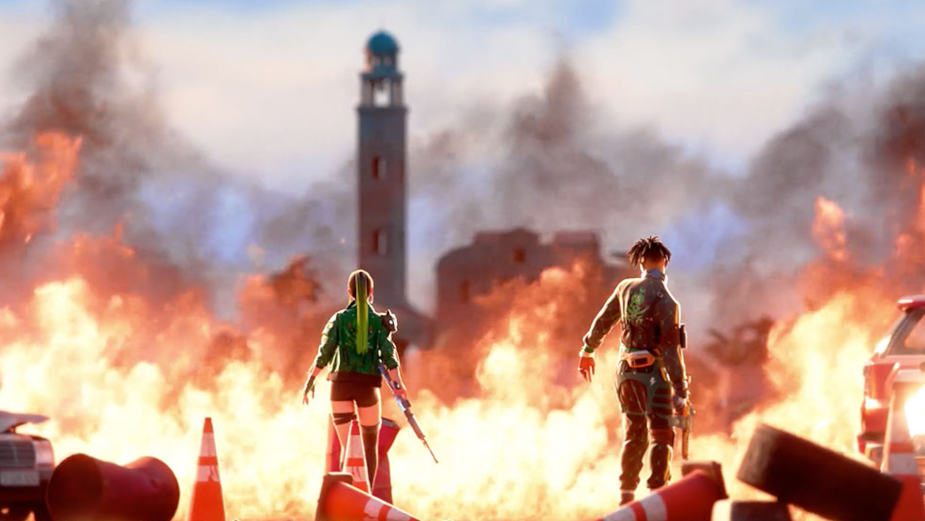 For the first time, Garena uses the explosive beats and bars of rappers, Joznez and Nyemiah Supreme, to promote the new version of their game, Free Fire Max. It’s also the first collaboration between these two complementary directors Jack Antoine Charlot & Valère Amirault, who brilliantly succeeded in taking on this challenge.

Artistic director, Jack Antoine Charlot, used his expertise in motion capture technology to provide the project with realism and authenticity. While Valère Amirault placed all his 3D knowledge to create a photo-realistic aesthetic in the video. Each took turns taking on certain aspects of the production, but both were still heavily present in the staging and artistic direction.

By playing around with the codes of American rap, the fantastic pair instilled a singular vision to the direction of this campaign. Their main objective was to push the motion capture technique to create a 'live' rendering and 'camera-on- shoulder' effect of a real video. For Valère, “there was a certain artistic challenge to successfully maintain the spontaneous and impulsive effect of a live clip”.

Together with Passion Paris, they both extend their warm thanks to 3D studio Kombbo, for their investment/commitment and their experimentation with new animation techniques for this project. The production team also applauds dancers and choreographers Nicolas Huchard and Audjyan for their performance and interpretation of Shirou and Moco.

With over 3.7 million YouTube views worldwide since launching, this innovative music video has captured the attention of millions of gamers excited to play the new Free Fire Max mobile game.