'Passion Drives Us All' by TBWA\Qatar 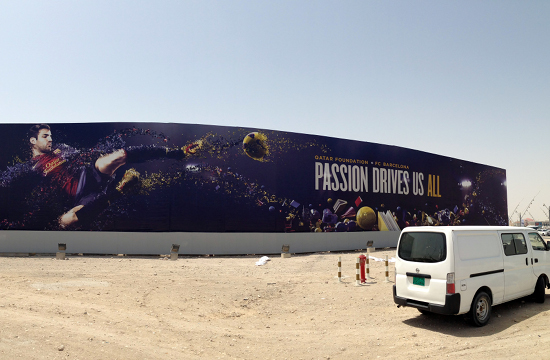 "Passion drives us all" is based on a shared vision of Qatar Foundation and FC Barcelona to constantly push for higher levels of achievement. Through activities such as QF's research and education initiatives, and FCB's on-field competition and youth development programs, their combined efforts have helped both organizations reach more people than ever before. The campaign is intended to raise awareness and celebrate this unique partnership between two like-minded global organizations.

The TVC was shot in several locations in Barcelona, including the Telephonica Tower, the historic Gothic Quarter and FC Barcelona's practice stadium, Camp Mini. FCB players were also photographed on location at Camp Mini in between TVC filming sessions. World-reknowned sports choreographer, Andy Ansah, was enlisted to work with the FCB players to ensure we captured their best performances. And the spot's extensive VFX work was handled by the team from Wolf & Crow, lead by Kevin Shapiro and Adam Swaab.