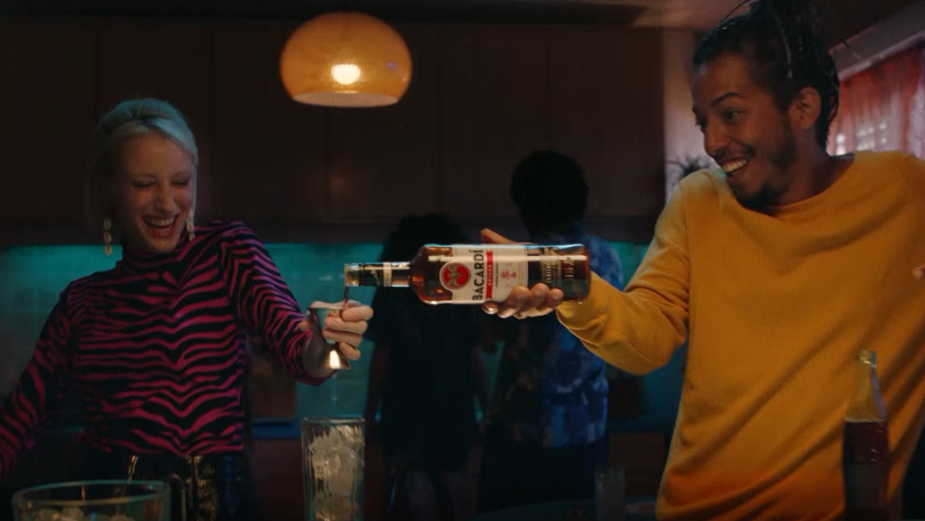 Following the successful launch of BACARDÍ Spiced Rum in February 2019, the world’s most awarded rum brand is toasting to the change of the season with the debut of a new campaign. The new spot called ‘Domino’ celebrates the way in which partygoers do what moves them at a house party in a very visual and arresting fashion to the tune of a Caribbean music track.

BACARDÍ Spiced acknowledges that after a very tumultuous year, the last thing anybody wants is more of the same.

The ‘Domino’ spot starts as a woman enters a party with a bottle of BACARDÍ Spiced, as the vibrant Soca tune is playing. This domino effect of friendship, music and energy that gets everyone moving highlights the joy of being able to reunite again with friends and how a house party is a perfect excuse to enjoy BACARDÍ Spiced. The “Domino” spot was concepted by BBDO New York and will run on TV, VOD (video on demand), Instagram, Facebook and YouTube in North America and Western Europe.

“Following the successful launch and the huge opportunity for BACARDÍ in the spiced rum category, we are excited to introduce a new consumer-facing campaign across North America and Western Europe. We know that our target audience wants to enjoy the taste of a rum while still feeling like they are drinking a quality spirit and as the world’s most-awarded rum brand we believe that BACARDÍ Spiced is well-positioned to establish itself as a category leader” said Fabio Ruffet, global brand director, BACARDÍ.

BACARDÍ Spiced is a velvety smooth, boldly spiced barrel-aged rum with a 100% spiced vanilla flavour and a hint of smokiness. An authentic Caribbean spiced rum, BACARDÍ Spiced is an infusion of all-natural warm cinnamon, vanilla, and nutmeg flavours that is refreshingly warm with no bite, for just 90 calories per 40ml serving. It is best enjoyed when mixed into easy yet delicious cocktails like the Spiced & Cola, Spiced & Ginger Beer, and Spiced & Pineapple.