Annie Leibovitz takes to Cannes stage with Disney and mcgarrybowen 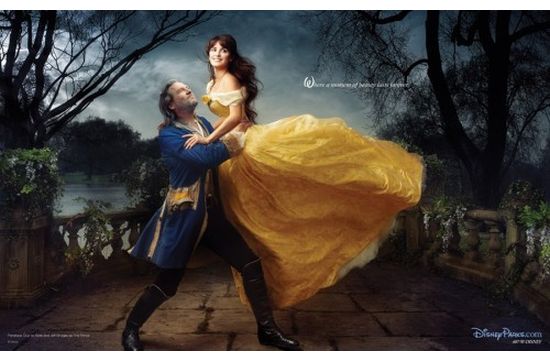 In her discussion with mcgarrybowen Chairman and CCO, Gordon Bowen, and Walt Disney Executive Vice President, Leslie Ferraro, Leibovitz spoke of the importance of trust. Not only should one trust one’s self, having the trust of client and agency is also crucial. She explained that she find this sort of trust something of a rarity and that’s why she doesn't work on many ad campaigns.

When asked about her preparation for the Disney shoots, Leibovitz stressed the difficulty of capturing an entire iconic story in one frame. "When I prepare for a shoot, I read all of the related stories, not just Disney's stories,” said Leibovitz. “I'll read the Grimm stories, everything that led up to how Disney interpreted it, and I try to find a way into it. So I actually compile a lot of things."

"The hardest part is how do you distil that down to one frame. What is the moment in that story that's a photograph?"

Ferraro added that the campaign isn't intended as a generic advertising business driver. It's main purpose is to elevate the brand and maintain relevancy, to which Leibovitz concurred. "I don't think of it as advertising, it's storytelling,” she explained. “It's an honour - Walt Disney was a genius. I mourn his death because who knows what he could have achieved in this day."