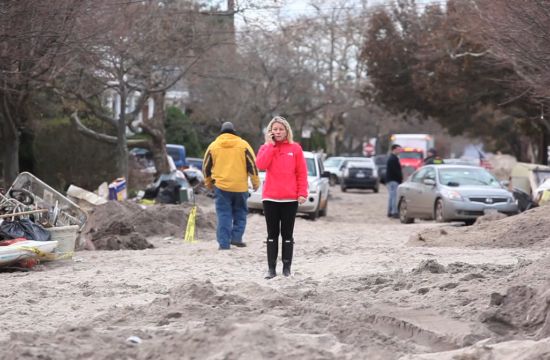 Three days after Hurricane Sandy hit the eastern seaboard, Poppy de Villeneuve received a voicemail from a friend living in New York's Rockaway Beach. She was okay, but her community was completely devastated. Poppy and her partner Alex Braverman made their way to Rockaway, documenting the under-reported aftermath. Their haunting film certainly helped awareness, going viral on Twitter and Facebook with over 180k views in a few days, as well as highlighting the powerful good that storytelling can accomplish in a time of crisis.