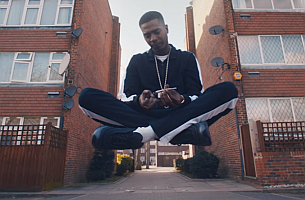 Jennings and Nines join forces for the second time with this lighthearted twist on a grime promo.

Opening on Nines lying in a plush house after a heavy night, the scene spoofs 90s R&B music videos with beautiful girls dotted around the house.

Jennings is a breath of fresh air for the London grime scene, taking the usual stereotypes and turning them on their head.

Highlights include the cereal box full of weed, and Nines levitating in the street.The tongue-in-cheek aspect of the video lends itself to the narrative,and solidifies Jennings as a front-runner for shaking up the future of grime music videos.