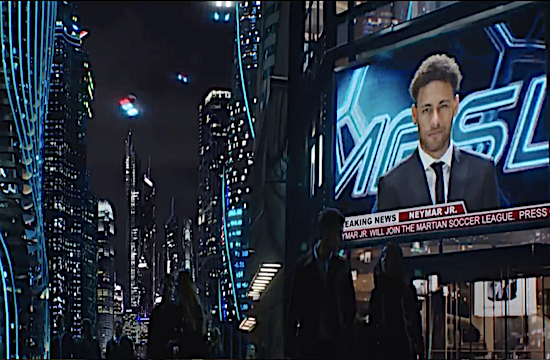 World Cup Fever is coming to a boiling point, and brands have been clamouring to speak to the huge audiences tuning in to the football action in Russia. World Cup commercials have been being commissioned in countries around the globe, but in a worldwide tournament, fraught with rivalries and fronted by some of the hardest to reach talent on the globe, how do you know where to shoot?

PSN calls on its production partners from around the world to share their insights on what countries are getting through the group stages at pitch. In the seventh in a series of World Cup features they speak to Daniel Araújo, Service EP at PSN Brazil, the man on the ground for the recently released TLC and Oppo adverts featuring Brazilian footballer Neymar.

Q> Why did the these two brands decide to shoot their ads in Brazil?

Daniel Araújo> Neymar was in Brazil at the time of both shoots recovering from an injury. One of the spots will air in Brazil on TV, and when filmed in Brazil, the taxes are lowered significantly. This tax only applies to commercials that air on TV in Brazil. No tax is applied to commercials filmed in Brazil that air in other countries. Also, in the TCL case, the shoot was combined with a press conference to launch the products, literally in a venue side by side with our studio. He first went to the event, and afterwards, came to the studio. The Oppo shoot happened exactly a week after TCL but in a different, and much bigger, studio. For this one Neymar had to fly by helicopter from his beach house in Rio de Janeiro to a helipad a few kilometres from the studio in São Bernardo, on the outskirts of São Paulo.

Q> What was it like working with Neymar? Have you worked with him before?

DA> Yes, we’ve worked with Neymar before. As with most talented celebrities, time is limited. We had separate pre-light and rehearsal days with a full crew to maximize our time with Neymar. Although he’s always smiling and chatting to everyone, he’s quite shy. He always brings his best friends and/or family members to the set to feel more comfortable. At the TCL shoot, his young son came, so he was very relaxed. They even managed to squeeze in a little kick-about.

Q> Both of the world cup ads you worked on were VFX heavy. How prepared did you have to be for the scenes?

DA> We had limited prep time for both spots. The Oppo spot required huge set builds, heavy rigging and lighting set-ups, as well as a lot of green screens. The rehearsal and pre-light days were key to capturing both the commercial and the stills within a six-hour time period when Neymar was on set. It was very tight, but all went smoothly and was well within the budget, so it was a good outcome all around.

Q> Did you work closely with a VFX supervisor?

DA> The directors on both spots had a lot of VFX experience. Due to travel issues, the VFX supervisors couldn’t be on set, but they worked virtually during rehearsal and pre-light.

Q> Both ads are for the Chinese market, what cultural specifics did you have to be aware of?

DA> Brazil is fortunate to have a growing Chinese community. Having serviced the Chinese feature film, “Line Walker,” where we had almost 100 Chinese crew working in Brazil, we were well prepared with local translators, Chinese speaking PA’s, and support crew.

Q> What was the most challenging aspect for the shoots?

DA> The schedule for almost any commercial is challenging, and these spots were no exception. Making the futuristic costume for Neymar in the Oppo spot, as well as the huge set build, were probably the biggest challenges. We searched for costumes and material in Los Angeles and Madrid, but in the end, we used our local Brazilian costume designer, who produced two futuristic costumes in a couple of days that LA designers would have taken weeks to make. The set construction was coordinated by the Chinese set designer and our local São Paulo based designer. It all had to be accomplished on a really tight schedule. We didn’t have much room for adjustments, so everything had to be extremely carefully planned.

A Herculean Effort: The Globe-Spanning Production Powering the Olympic Games 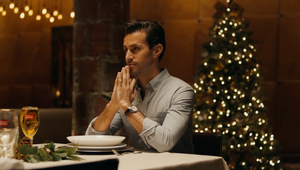 For Stella Artois, Being Present Is the Best Present This Holiday
View all News