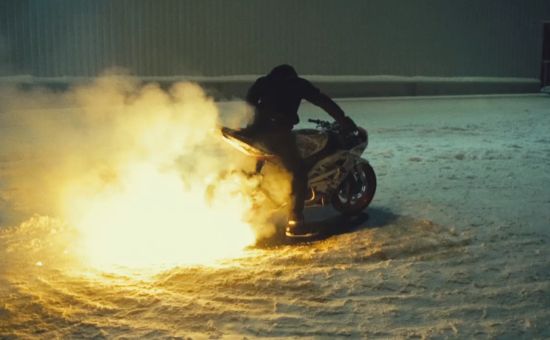 After their recent YDA success, Park Village’s sibling imprint Able&Baker are excited to announce the signing of French director Nicolas Davenel to their roster.

Nicolas made his start in the industry as an editor before making the leap into direction with a series of music videos for French hip-hop artists. Since then his reel has expanded to include fashion films, online content and TVCs, each broadening his image as an eclectic and dynamic filmmaker.

His films are marked out by tough, raw stylisation set against naturalistic backdrops, often shot within unreconstructed subcultures with non-actors.

See Birdy Nam Nam's 'Defiant Order' in which a romance is staged within the real life world of a suburban stunt bike gang and Brodinski's 'Dance Like Machines' which steers us seduced through a light soaked strip club.

Most recently Nicolas' unmistakable rawness lent itself to Parisian art and fashion collective Andrea Crews in promoting their FW 14/15 collaboration with Eastpak.

Alongside his highly aestheticized work spanning commercials, fashion and music video, Nicholas is in production on ‘Live Fast // Ride slow’ a feature doc about US bike gangs.