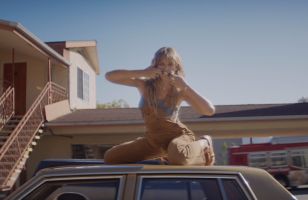 Tim’s arresting portfolio boasts work with some of the biggest names in Swedish and global pop. Promos for Elliphant, Tove Lo and MØ sit alongside recent 'Work' for the double VMA nominated Rihanna as well as Nick Jonas.

Keep your eyes peeled in the next few months for more of Tim's work on Lo's upcoming 'Lady Wood' album as well as an exciting second round of Rhi Rhi.