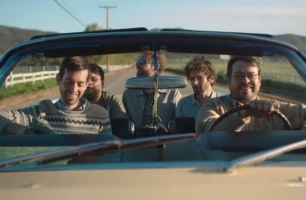 Park Pictures directing duo Christian & Patrick take superstition to a new level in the new 60 second “Forever 5” for the California Lottery, out of David & Goliath.

The spot features a man who obsessively maneuvers every aspect of his life to revolve around the number five. He wakes each day at 5:55a.m., counts his daily actions in units of five, takes five shots of espresso in his coffee, designs a road trip around measurements of five—all because of a lottery win on the number from years ago that he continues to worship and revere.