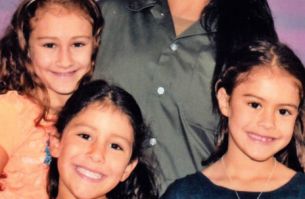 Park Pictures will present two star-studded films from acclaimed filmmakers - and their first documentary film production - at Sundance 2018. LA-based production company The Directors Bureau has been selected to debut television work at the inaugural Sundance 'Indie Episodic' section, and will also debut an original short in conjunction with a short film competition spearheaded by the The Family Coppola brand. Sundance 2018 will be held Park City, from January 18th-28th.

Drawing from hundreds of hours of footage, documentary filmmaker Rudy Valdez shows the aftermath of his sister Cindy’s incarceration for conspiracy charges related to crimes committed by her deceased ex-boyfriend - something known as 'the girlfriend problem,' in Park Pictures’ produced doc The Sentence (pictured). Cindy’s 15-year mandatory sentence is hard on everyone, but for her husband and children, Cindy’s sudden banishment feels like a kind of death that becomes increasingly for the family.

Valdez’s method of coping with this tragedy is to film his sister’s family for her, both the everyday details and the milestones - moments Cindy herself can no longer share. But in the midst of this nightmare, Valdez finds his voice as both a filmmaker and activist, and he and his family begin to fight for Cindy’s release during the last months of the Obama administration’s clemency initiative. Whether their attempts will allow Cindy to break free of her draconian sentence becomes the aching question at the core of this riveting and deeply personal portrait of a family in crisis.

SUNDANCE NEXT FEST: An Evening With Beverly Luff Linn

The Director’s Bureau’s Rodrigo Saavedra wrote and directed a short for the Coppola Winery, The Red Stain (La Macchia Rossa), a narrative piece that will premiere during Sundance (although not in the festival competition).  Also, the Coppola Winery’s short film contest will debut at a private venue during the 2018 Sundance Film Festival. Accomplished filmmaker and entrepreneur Roman Coppola lent his expert creative eye to the judging of the competition, an extension of Coppola's Zoetrope.

You can check out the original Sundance lineup here.