Italian director signs for US representation 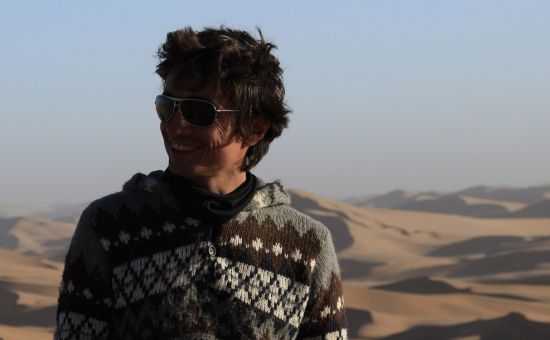 The commercial opens on a woman in a bathtub. Its clearly a personal moment. The camera is a voyeur as we continue to discover women in a variety of unadulterated scenarios. The connecting story element is the honesty and rawness of the moments  void of pretense. The moments were curated carefully and are deliberately excessive. The final scene unveils the tagline: A world without gentlemen is a world without ladies.

Parisian Gentleman focuses on Mens culture and sartorial excellence. The lovely score and beautiful visual style of this new spot juxtaposes the images and helps support the feeling of the Parisian Gentleman brand with this commercial debut. Founder and Editor Hugo Jacomet says of the new collaboration, Were very happy to start working with DVL BBDO, because it is an agency that shares our spirit: gentleman outside, punk inside.

Regarding Igors contribution, the team at ad agency DVL BBDO noted: We know very well the narrative talent of Igor Borghi, his particular aesthetic and his personal touch in telling stories. And, just as importantly, his ability to capture the spirit of the idea and find the best way to enhance creativity. For Ladies, Igor was our first and only choice. We needed someone who could deal with such a sensitive issue with intelligence and biting wit, avoiding stereotypes and easy cliché. He has managed to add in every scene a surprising element, making iconic and enjoyable every single moment. He also created a very memorable dissonance between the vulgarity of the scenes and the class of treatment.

When I received the script from DLV of Parisian Gentleman I was thrilled, says Igor. I had the sensation of being in front of something new and exciting. Every time I read a good script, I start thinking about it -- all day, looking for my way to realize it. It nags at me, until I find the right direction, and only then can I start start feeling comfortable and excited.

Italian-born director Igor Borghi was a teenager when he began training as a Filmmaker. He secured a degree in International Politics before attending the Italian National Film School in Rome. With that experience, he built an impressive resume as an AD for leading feature and commercial directors. This laid a solid foundation for Igors own directing work, which has met with acclaim. He has been profiled by Shots, he was shortlisted at Cannes last year, and he recently won Best Film at the Key Awards for his Camomille Sognidoro Tea spot. Igor has collaborated with global agencies such as: DLV BBDO, DDB, Grey, Leo Burnett, McCann Erickson, & TBWA.

Twist EP Amyliz Pera concludes, Regardless of the genre, Igor likes to tell a story and takes a cerebral approach to the work. Even after watching a one-minute story, I can have a touch of good book-ending syndrome; a moment of quiet, of recognition, and a desire to watch it again. Itll be fun to work with him.

Joining Twist is a great opportunity, concludes Igor. I am excited to start working with them in the U.S. After I spoke with Amyliz I realized that the company really fits my way of working and directing films.