MEC negotiates deal for live adverts on Channel 4 and E4 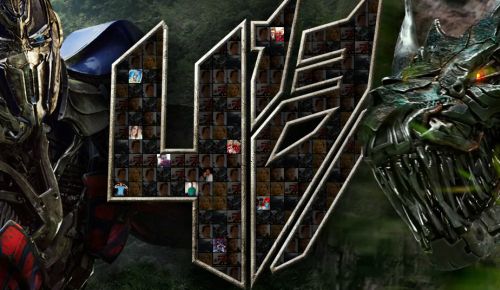 MEC, a leading media agency has brokered a deal with Channel 4 Sales for its client, Paramount Pictures, to support the launch of the upcoming Transformers : Age of Extinction with three live adverts to be simulcast on Channel 4 and E4 on Wednesday 2nd July 2014.

The innovative campaign will focus around an exclusive screening of the new film at London’s BFIIMAX, put on by Paramount, where an audience made up of competition-winning superfans, specially recruited social influencers through a bespoke website and celebrities will see the new release before anyone else.

The first 30 second live adverts will be broadcast during Wednesday evening’s Hollyoaks and The Big Bang Theory on Channel4 and E4 respectively. Viewers will see presenter Sarah Jane Crawford and popular YouTuber Joe Sugg presenting live from the screening’s auditorium.

The duo will explain where they are and tell viewers to tune back into Channel 4 at 22:00, where they will be able to hear the audience’s immediate reactions to the film as they tweet their reviews. The TV audience will then be treated to an exclusive preview clip of the hotly-anticipated film.

The return ad later in the evening will be a two-minute live entire ad break takeover during the end break of One Born Every Minute on Channel 4. Sarah and Joe will share highlights of the audience’s tweets live from the IMAX before star of the film Mark Wahlberg will introduce an exclusive clip of Transformers:Age of Extinction, never before broadcast on TV or digital in the UK. The comperes will then invite the audience at home to come back for a final wrap up of the evening’s events in 30 minutes time and share another UK first look at the film.

John Fletcher, Marketing Director Paramount Pictures, commented: “The Transformers franchise creates huge talkability so it’s great to be able to partner with MEC and C4 to showcase the public’s anticipation already building around the release of Transformers: Age of Extinction through this unique live advertising event, bringing the excitement of the screening to a wider audience.“

Tom Harris, Communications Director MEC, said: “This really is hugely innovative and we’re delighted we’ve been able to find the perfect media partner for such a unique piece of activity. Channel 4 and Paramount make a great partnership and we’re confident the adverts will reach our core audience and help to create a hugely successful opening for the fourth Transformers movie.”

Danny Peace, Agency Principal Channel 4 said: “We’re really excited to be giving Transformers fans an exclusive sneak preview of Age of Extinction and also to have worked with MEC and Paramount to deliver fans’ reactions to the film live in the break from the excitement of the IMAX screening.”