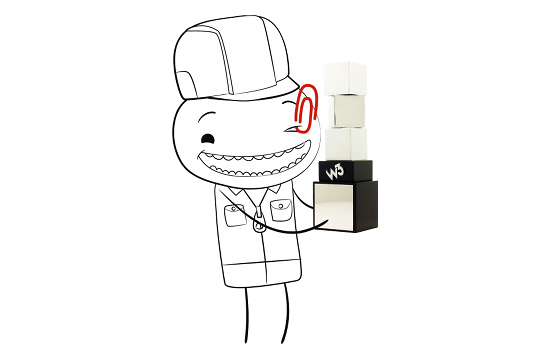 The winners of the 2013 W3 Awards have been announced by the International Academy of the Visual Arts (IAVA), and Monkeystack is proud to be among them taking home two Silver Honours for their Red Cross animated short ‘Paperclips can be dangerous.’

Receiving over 4000 entries worldwide, the W3 Awards honours outstanding Websites, Web Marketing, Web Video, & Mobile Applications. Director of the IAVA Linda Day said “We were amazed at the calibre and quality of work we received this year. Our winners continue to push the envelope of internet creativity.” Monkeystack won Silver in the categories Web Video – Comedy – Short and Web Video – Non-Profit.

In the story, a small but gruesome paperclip injury turns catastrophic when hapless fellow employees realise they have no idea how to cope with the injury.

Since the release of ‘Paperclips can be dangerous’ Monkeystack and Red Cross have continued the series by creating ‘Band-Aids can’t fix everything’. The clip follows Betty; a matronly woman who believes she can solve any first aid scenario with a humble Band-Aid.

“Monkeystack has a heritage in animation which we’re proud of,” said Justin Wight, Co-Creator and Director, Monkeystack. “Working with the Red Cross has been a great opportunity to take advantage of the effective fusion of black humour and advertising.”