The new division will be headed up by Keith Milton, who has previously worked as VP of Production/Commissioner at Virgin Records America, Superprime and Chelsea Pictures 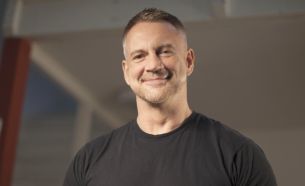 Expanding international Production company, Papaya, is excited to announce the launch of their new London based Music Video Department.

The new division will be headed up by Keith Milton, who has previously worked as VP of Production/Commissioner at Virgin Records America, Superprime and Chelsea Pictures amongst other world class companies. Keith was also recently asked to judge at the UKMVA’s and the Shiny Awards.

Papaya London’s EP, Wojtek Skiba comments, ‘We’re thrilled to have someone as experienced and knowledgeable as Keith not only joining the team but heading up this exciting new department for us. Seeking out and developing talent has always been at the heart of what we do and that ethos will continue to run through our new department.’

Keith adds, ‘The new division and expanded roster is going to be a great addition to Papaya’s already strong offering. Music video has long been an important platform for directors to develop their talents and we’re seeing some incredible work coming out of the UK at the moment. We look forward to adding to that work with our diverse and talented roster.

Use the free HTML editor or subscribe for a membership to have even more features. You can purchase a license at htmlg.com