Working with Platige Image and The&Partnership, Dominic Gettins and Tom Silliars & Dani Asensio explain the process of idea to outcome 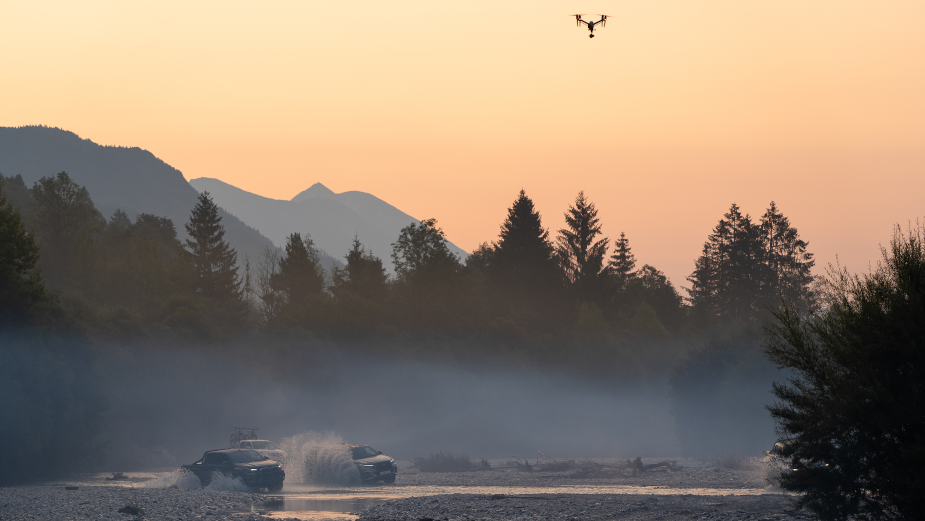 Papaya Films worked with The&Partnership and Toyota to produce the brand new cinematic commercial for the new Hilux with Platige Image providing post production. The advert features realistic CG cars, breathtaking landscapes and hypnotic driving sequences that make you want to be in the driver's seat of the Hilux.

Papaya Films caught up with creative director, Dominic Gettins and the creative team Tom Silliars & Dani Asensio to find out more about the campaign:

‘Any piece of creativity is a product of its environment. So it’s no surprise that a campaign entirely conceived and produced under restrictions on movement has a yearning to roam free at the very heart of it. Written when the furthest we could go was a lap of the park, the campaign is almost escapist in the desire to have a vehicle that can go anywhere and do anything.

Turning three Hiluxes into a hundred and turning Croatia into Africa and various other landscapes requires a huge leap of faith in technology and extreme dependence on the quiet introverted humans who have to make it all happen. German drone operators, Polish CGI artists, Slovenian crew and a not so introverted South African director made it an exhilarating antidote to lockdown.

The shoot helped us appreciate the art of the location finder. Knitting together a sequence of places that look like they’re on different continents to be filmed on the same afternoon is quite a feat. As is using all the magic hours, one of them twice by splitting the whole production in two and on top of that, finding an outcrop of rock in Slovenia that apparently no one knew it was there.

You learn something from every bit of work. With this, we learned there are varying degrees of COVID test. Lots of people are familiar with the NHS self-swab. But to improve our crew safety, we became overly-familiar with a man in a hazmat suit pinning our heads back and swabbing our nostrils so deeply he was hitting the brain.

Obviously the campaign is inspired by nature documentaries. But this came wonderfully full circle when our voiceover artist happened to be in the Kalahari desert making a documentary on cheetahs. Ever the professional, he built himself a hide out of mattresses in his hotel room to remotely record the sound in flawless quality.’

‘Covid presented a unique problem on this production as Croatia was declared a hot zone during the prep. We managed to get a special permit, which required the entire unit tested in Slovenia and then travel, shoot and return within a 36 hour window from the test. Tech scouting as the sun set for a dawn shoot the following day was certainly a 1st.’ Producer at Papaya Films, Rupert Graves

“Our biggest challenge on the Hilux project was to develop realistic CG cars and all VFX scope related to its existence in natural environments. There were just a few actual hero cars present on set so we had to create CG Hilux assets, multiply it plus integrate each member of the herd the best way possible with surroundings. Craft is in details, so quite significant elements were also simulations of different kinds to tell a believable story and create the look and feel of aspirational adventure essential in this category. We really like the final result. Now it's a pretty tricky task to point which cars are real ones and which ones are just good quality CG. Together with really nicely balanced grading this commercial ended up being a harmonised mixture of Hilux product benefits presentation with a really nice touch of beautiful nature context.” post supervisor at Platige Image, Agnieszka Gorna.