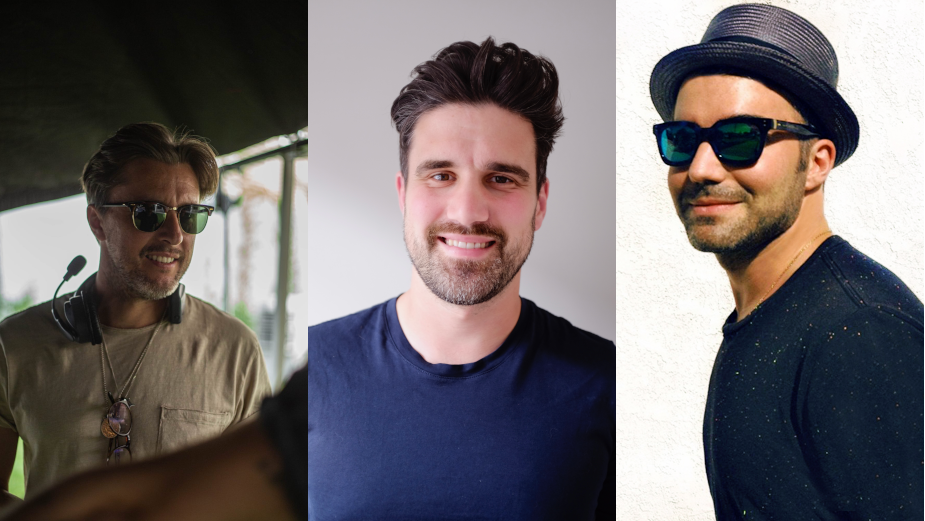 Pablo Olivero was born in Barcelona, where he studied Economics, but his passion for the cinema and visual arts led him to change his life and graduate from the prestigious ESCAC film school, specialising in film production.

He started his career as an assistant, searching for references for some of the most prestigious international directors. During those first years he acquired a visual and narrative richness that have led him to infuse an immensely powerful aesthetic in his work. Pablo’s pieces are known for their elegance and good taste, as well as for the story based on the captivating strength of its photography, the result being truly moving and emotional films.

James Poole is a UK based filmmaker who specialises in sports documentaries. He chased his dreams as a competitive runner before an injury one season forced him to pick up a camera and film the action instead. Since then James has pursued his passion for observing and telling stories within the world of sport, exploring the people that choose to push themselves to their limits. As a filmmaker James has directed, DP’d and edited much of his work giving him a strong work ethic and understanding of what it takes to get a project done.

He has worked for brands like Nike, Havoline, Ineos Grenadiers, Burberry, Maurten and created a feature length documentary called The Pursuit.

With an avid eye for the Zeitgeist, Javier Barcala set foot in the industry shortly after coming of age as a trend consultant for MTV, and soon climbed up to become Creative Director on numerous international campaigns for renowned avant-garde brands and artists.

Most notably, he curated a five-year long series of global campaigns for Swedish giant fashion retailer H&M, the so-called ‘Fashion Against Aids’, signing such megastars as Rihanna, Katy Perry, Yoko Ono and Pharrell, among more than 50 other world-class acts, to create awareness on safe sex amongst the youth in 34 countries.

Ever since, he has received commercial and artistic commissions from Europe, Japan, China and the US, and his videos are screened in festivals the world over.

Wojtek Skiba, executive producer at Papaya, expressed his excitement about the new additions to the roster, stating, “I’m really excited to bring so much diverse talent to Papaya London. Those signings make our roster even more versatile and we all are looking forward to pitching for jobs together. We’re expecting a very busy season ahead.”