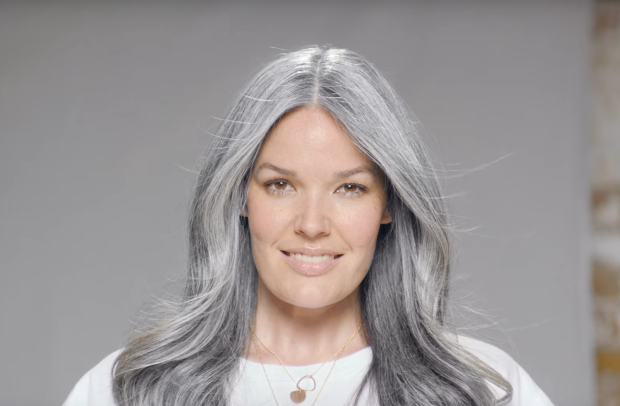 Pantene, together with Grey London, Publicis Media and Ketchum London have launched their #PowerofGrey campaign, which encourages women and men to embrace and celebrate their natural grey hair. The campaign falls under the brand’s new ‘Power of Hair’ ethos: Pantene believe in the transformative power of great hair and are on a mission to help consumers accept and celebrate their hair, no matter how they choose to wear it.

The multi-channel #PowerofGrey campaign includes a standout billboard series, print, social and YouTube videos featuring naturally grey-haired women encouraging UK consumers to question entrenched beliefs and associations with grey hair. Conversation and social media buzz around the campaign was fuelled by celebrities and influencers who inspired the public to get involved, sharing their own feelings and experiences of going grey.

A recent study commissioned by Pantene showed that 80% of Brits have grey hair, but 2 out of 5 cover them (40%), reporting that they do so as they feel less confident with grey hair (40%). The study also uncovered a marked difference in how greys are perceived between genders, with 35% agreeing that ‘society is more accepting of grey-haired men than women’. However, the tide seems to be turning as a quarter of British women have noticed a positive shift surrounding perceptions of growing grey and Brits that allow their natural greys to show report a positive impact, feeling natural (30%) and authentic (11%) and unabashedly declare that ‘grey hair is nothing to be ashamed of’.

Pantene are passionate about the role brands and advertising must play in normalising grey hair and are ready to lead the conversation, knowing many Brits feel more confident about their own greys after seeing grey-haired figures in the public eye (25%).

The billboard series launched at Westfield London and featured unbranded imagery of grey-haired models of varying ages, coupled with commonly held negative perceptions of grey hair including: ‘grey hair says – cover me up’, ‘grey hair says – you’ve let yourself go’ and ‘grey hair says – you’re invisible’. The next day, the billboard revealed Pantene as the brand behind the message, with the declaration ‘we say different’, sparking public conversation across social media channels, led by celebrities Lisa Snowdon, Alison Hammond and Andrea Mclean. This is being followed by a micro-influencer campaign, which features grey-haired influencers of all ages and walks of life, sharing their personal grey-hair journeys.

Alongside the campaign, Pantene have launched their NEW Hair Biology Grey and Glowing range which provides superior care, specifically designed for grey hair. The range contains a unique formula which blends Pro-V, jojoba oil and our highest concentration of antioxidants, helping to neutralise yellow and brassy tones and soften rebellious strands, for smooth greys that glow.

Katharine Newby Grant, Northern Europe marketing director for P&G, commented: “We’re committed to continue to drive even greater diversity across our beauty advertising. We believe in the power of grey and believe it should be celebrated, just like all other hair colours and types. Historically grey hair hasn’t featured as prominently in beauty advertising which has left a significant number of women not seeing some “like me”. We want to change that.

“It’s part of a broader commitment at P&G on the everyday stances we take through our reach and voice in advertising to promote and encourage diversity. People prefer what’s familiar, so deliberately including people of various races, backgrounds, sexual preferences in advertising creates greater familiarity. Over time, it makes images of diversity the norm, not the exception. This latest campaign is just one example of how we’re taking these everyday stances across our brands, every day.”