Panasonic Disrupts Conversations with 'Why DSLR?'

We Are Social launches campaign for Lumix mirrorless cameras 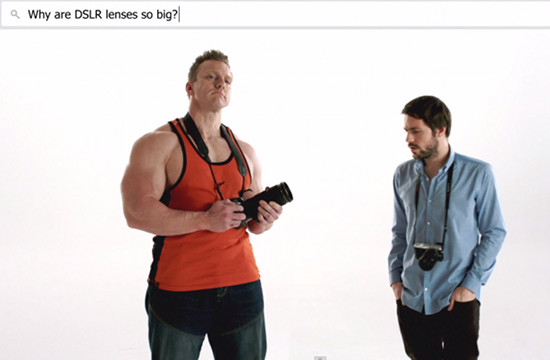 Panasonic is working with global social media agency We Are Social on a digital campaign to promote its Lumix mirrorless cameras over larger DSLR models.

The ‘Why DSLR?’ campaign taps into people’s ever-increasing reliance on search and forums to inform purchase decisions, directing potential DSLR buyers to whyDSLR.co.uk.

The site aims to answer the top auto-complete Google search queries relating to ‘DSLR’. These include 'Are DSLRs dying?' and 'Are DSLRs worth it?' proving there is significant speculation around the future of DSLR technology. To answer these questions, relevant content from respected bloggers and forums will be curated daily on the website.

To drive awareness of the campaign, a series of video tests will pitch DSLRs against comparable Lumix models. Created by We Are Social, the first set of these feature a bodybuilder, an owl and a duel-style shoot-out.

Panasonic and We Are Social will initially undertake a major social listening project to identify where the most influential conversations about DSLR cameras are taking place, as well as driving conversation through blogger outreach and social media channels, using the hashtag #WhyDSLR.

The campaign will target popular gadget forums and blogs in order to intercept the journey between online discussions and purchase. Paid media and search optimisation will ensure that whyDSLR.co.uk appears prominently to anyone searching for 'DSLR'.

Barnaby Sykes, Product Manager for Lumix G at Panasonic, said: “We’re taking a proactive approach with this campaign, seeking out people online who are considering buying a DSLR and presenting them with a convincing argument that the future is mirrorless. The campaign spans a range of digital platforms to ensure maximum impact.”

Sarah Oliver, account director at We Are Social, said: “Whichever stage of the purchase journey people are at - researching DSLRs on forums or searching to buy a DSLR on Google, this campaign will surface considerable and credible expert opinion with the power to change their decision.”

The campaign launches on 27th January.