Panamanian Agency Libre on What It Means to Be Free

LBB’s Ben Conway speaks to Fabián Bonelli, founder and CCO at Libre about starting an independent agency six months before a pandemic, and how the nimble company is “as big as the power of its ideas” 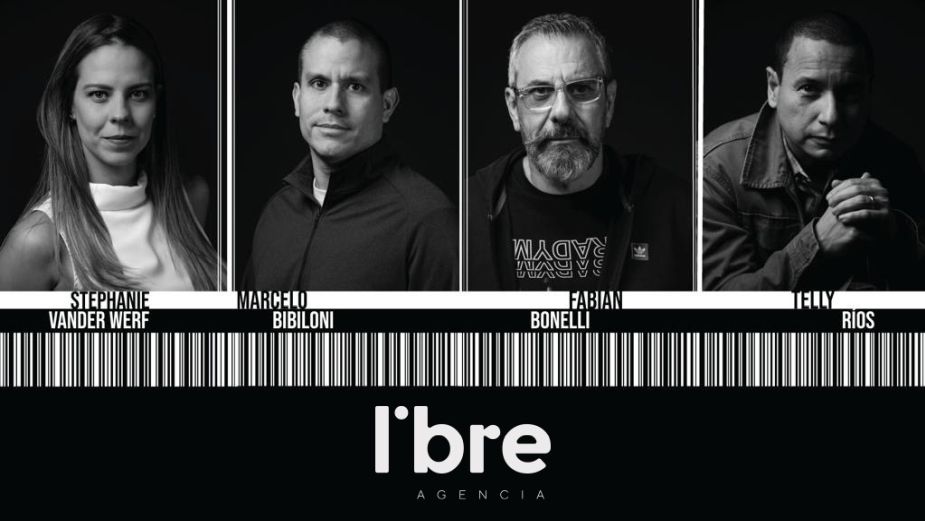 Panamanian creative agency Libre was founded on August 1st 2019 by CCO Fabián Bonelli, a 25-year veteran of the Publicis Groupe agencies across Latin America. As well as helping open WPP’s Geometry Global agency in Ecuador, Fabián worked at Leo Burnett in Argentina and Venezuela before joining Publicis in Panama and eventually branching out alone with Libre.

“Going back to my last day of work at Publicis Panama, I was worried that big agencies were in a deep crisis. Numbers were beating letters. Financial advisors had more power than creative directors in making decisions - and sometimes much more than a CEO. This was mixed with my desire to test my way of seeing communication.”

Fabián continues, explaining the inspiration behind starting a creative agency of his own. “In the elevator at Publicis Panama, while going down for the last time, I felt FREE as I hadn't felt in a long time and that's where the name of the agency came from. LIBRE = FREE! I felt that a company like Libre was missing in the Latin American market and a few days after resigning I signed with my new partners to open Libre. And best of all, neither of them was directly involved in the advertising industry. But obviously, they were linked to communication.”

“My vision of communication was the same as theirs: we have to get out of the campaigns and propose creative solutions for brands.”

The three new partners that Fabián makes reference to are Stephanie Vander Werf, previously a Fast Food Chain CEO in Panama, Marcelo Bibiloni, an “all-round creative, technological, digital genius and lover of cinema and documentaries” and Telly Rios, a prestigious TV producer and entertainment expert with his own production company (Claroscuro). With these four different ‘heads of the table’ assembled, Fabián saw that the varied team was complete and says the agency could begin to grow and “find solutions for brands through creativity”.

Accelerating brands’ business through creativity is Libre’s philosophy. “And when we say creativity, we mean it from its broadest conception,” says Fabián, “communication should not be narrowed down to campaigns. We, as agency professionals, must get out of there.” He says that Libre’s approach is to get a deep understanding of a client’s business and propose creative solutions, rather than “sit around waiting for a brief.”

“The brief is the brand and everything that we get involved with it. This vision of communication differentiates us in this market that is totally traditional. In addition, we come from different points of view of communication, we are not four equals. We are very different and that makes us stronger, more creative and, above all, something that brands urgently need in this bastardised digital revolution: more innovative.”

Panama is a relatively small country, but Fabián says that its four million citizens have a wealth of incredible opportunities due to having the “business powerhouse” Panama Canal, one of the most stable Latin American economies and playing host to many regional brands’ headquarters. This closeness with Latin American brands and opportunities in both this region and the Caribbean are a significant advantage - but not without its own difficulties. “Its advantage is also its disadvantage. Within Latin America, this is a region where corruption and impunity are the order of the day. The communication profession is in crisis. And our great challenge is for brands to have advertisers as their main strategic partners again.”

In its 2.5 years, Libre has grown into a flexible, dynamic agency with allies and partners across several fields of communication, however, the founder and CCO explains that he has no desire to expand rapidly past its current 15-strong staff. “Libre is as big as the power of its ideas. We don't want to be a huge agency with 200 people we don't know, we leave that to the big corporations… In the pandemic we learned that collaborative work is the best thing that can happen to us, that's how we adapted and that's how we grew. Our structure is light - no large fixed costs and very agile. And we decided to continue in that perspective. This allows us not to transfer unnecessary costs to customers. It allows us to be Libre.”

Born just six months before the pandemic struck, Libre was still nimble enough to adapt to a rapidly changing environment - taking advantage of collaborative work with independent companies and freelancers with a shared creative vision. “This is why we decided to join ‘by The Network’ [a global network owned by independent agencies], first because it was led by Per Pedersen - a creative that I have always admired - and later because we had at our disposal all the talent in different disciplines scattered around the world in different agencies just like ours. Fighting against the large and bureaucratic advertising corporations.

‘by The Network’ opened the doors for us to the collaborative path. Today we can work on a digital project with great creatives from India and present it here in Panama.”

When looking for new clients, Libre targets brands that will provide a challenge and enjoy co-creating together as a cohesive communications team: “We and the brand, united.” Above all, Fabián believes that honesty between the agency and client is the key. “We are ‘Free’. And we have a very high concept of service. We want to be so innovative and creative that customers enjoy this Freedom. Whatever happens to your business, let them see a solution in Libre. Clients sometimes ask us to participate in internal business process meetings. That shows that our work generates trust. Because it gives results.”

As an independent agency, Fabián refuses to let numbers and profit determine Libre’s work - and despite acknowledging their importance, he says that the agency is comfortable with investing and taking risks. Libre’s approach, unlike the larger, more ‘bureaucratic’ organisations, is more personalised - the faces its clients see at their first meeting will be the ones they see throughout the process. “As soon as big corporations win the account they begin to disappear until your brand is managed by an inexperienced junior boy who earns so badly (because the numbers do not work for him) that he does not want to be there. Here at LIBRE that does not exist for any brand.”

Another way Libre is trying to stand out from the competition is by “giving value to ideas” - something that Fabián believes has been stripped away by the digital industry’s data and technology focus in recent years. “They all do the same. In their social networks, a  bank, a yoghurt and a telephone company can have the same way of communicating and say, for example, in a Post: ‘It’s Friday and your body knows it’. We have to be closer to the field of ideas. Ideas first.” He wants Libre to provide ideas that are closer to brands’ identity and purpose - creating their own trends instead of copying influencers, and understanding the social role that brands play in people’s lives.

Highlighting some of Libre’s recent work that follows this philosophy, the CCO selects a Bahia Motors campaign from March of this year and a campaign for Grupo Residencial’s ‘Begin’ co-living real estate project, in which Libre created the name, graphic identity, positioning and digital strategy.

As well as providing the expected services of a creative agency, Fabián feels “privileged” that Libre also offers production capabilities via its production company partners - both companies that are owned and run by his partners at Libre: Marcelo and Stephanie’s ‘Sunrise Media’ and Telly’s ‘Claroscuro TV’. He praises his partners for their experience and skills regarding entertainment production that allows Libre to stand out from the crowd. “Marcelo is a sensitive character with images and a great storyteller. Telly is one of the best producers in Panama and Stephanie has been in front of a camera since she was 15.” Additionally, he compliments and celebrates the agency’s spread of diverse talent. “Sara Castaño, our general creative director, is not only a talent that any agency in the world would like to have on their staff, but she is also a great actress who works in a famous Venezuelan improvisation group. And Dalys Burnes with all responsibility, the best graphic designer and art director in Panama, president of the Creative Circle of Panama during the pandemic and an incredible urban artist and illustrator.”

When looking for fresh, up-and-coming talent to add to the ranks of Libre’s increasing roster, he says that passion is a standout characteristic - and one that has been “lost for years in advertising.” During the hiring process, Libre welcomes people with “artistic and technological interests” that are not only “entrepreneurs in everything they do”, but above all, “good people.”

Now coming up to its third anniversary, Fabián says that Libre’s main plan is to grow in the Central American region - with news of expansion into another country imminent. “We also want to expand ‘Libre Gaming’ as a business powerhouse for brands in the gaming niche and we will continue working with global brands such as Diageo for Old Parr.” 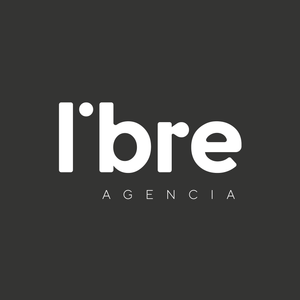 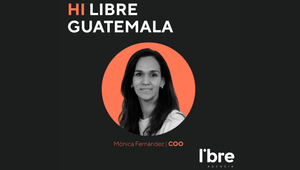