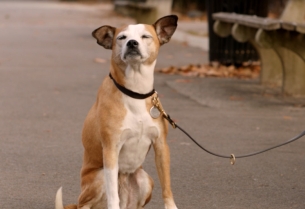 Mars Chocolate UK is excited to announce that its iconic MARS brand is launching a fresh new campaign celebrating the little opportunities to win in everyday life.

The campaign created by AMV BBDO, seeks to highlight the universal joy at the little day-to-day wins – anything from getting the last seat on the bus to your luggage coming out first on the airport carousel.

The commercial, brings this idea to life as we see two men in the park, engaging in a competition about whose dog can perform a better trick. Whilst the first dog produces an impressive jump, the second dog steals the show by playing Jan Hammer’s “Crockett’s theme” from Miami Vice on the panflutes. The winner, pleased with his success, celebrates his victory with a MARS bar and the ad rounds off with the new “Winning” campaign line and the “Work Rest Play” sign-off.

Lucy Cotterell, Mars, Snickers and Twix Marketing Director, comments: “We are really proud of the fresh, new “Winning” campaign for our iconic MARS Bar. We’re putting a heavyweight £10m investment behind the campaign, which will reach 95% of the UK population and put the brand on air three times more than in 2014, in fact it will be on air effectively every other week. The theme of little everyday wins is an exciting new angle for the best-loved brand and the ad is sure to bring a smile to the faces of new and existing MARS fans.”

The new commercial will premiere on Sunday 1st February and run nationally.

The campaign will be backed with a £10m media investment across TV, OOH and press bringing to life many more unexpected little wins in location and event specific media.