Beers and Skateboards unite for MPC Creative's laid back spot 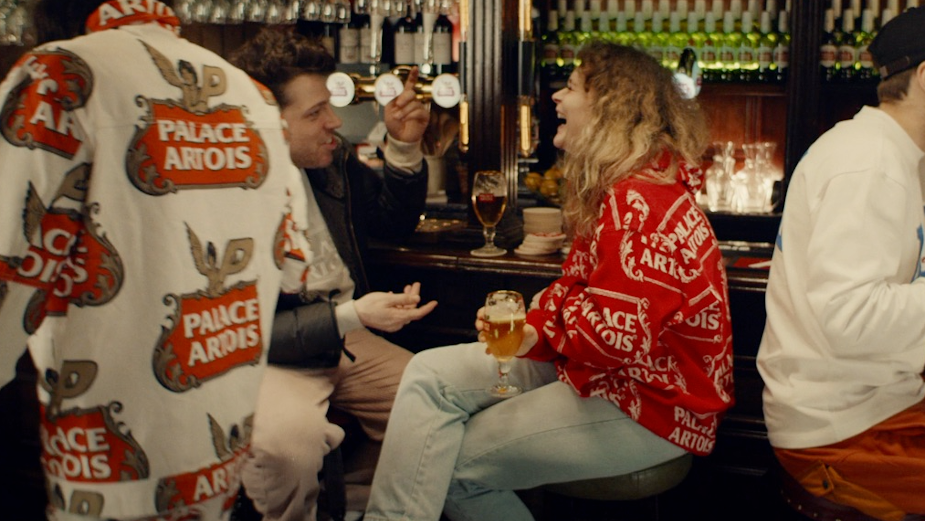 Lager and skateboarding unite. It wouldn’t be the first time. Two of the world’s most loved brands collaborate to produce a unique range of clothing and accessories. Cheers.

The campaign featuring a main film and two teasers was shot and produced by Palace’s production agency, MPC Creative in a full London lockdown and follows Palace pro rider, Lucien Clarke, on a visit to the Palace London store where he soon discovers that not all is as it appears.

Lucien’s journey takes him, and us, on a path into the very heart of both the Palace and Stella brands. After making his way through the real Palace London shop Lucien is confronted by a strange unseen barrier, but when have barriers ever stopped Lucien Clarke? Fearlessly he breaks through the barrier to find, to his amazement not the rest of the shop but a real life Stella Artois pub filled with other Palace pro riders, friends and it’s own barmen, all decked out in Palace Stella attire. There’s only one thing Lucien needs to do, and that’s order a chilled, golden, refreshing Stella. Result.

The tone and feeling is classic Palace while nodding to one of TV advertising’s greatest brands with a familiar Stella soundtrack and English subtitles.

The collaboration features unique Palace Stella Artois designed clothing and accessories for the discerning drinker, and it launches worldwide on the 19th Feb 2021.

Finally, we can now all drink our Stella in the appropriate attire, at home.

MPC Creative, acting as Palace’s production agency, racks up yet another stellar full-service shoot during full lockdown in London. We strictly followed the Government and APA guidelines for pre-testing and safe working environments.

Head of live action for MPC Creative, Johnny Blick adds: “It all added time and expense and we had 100% negative cases on the shoot. We coordinated & performed over 80 covid tests for all of our freelance London crew, talent & external suppliers over a 5-day pre-production period during full lockdown. The logistics were mind boggling but we overcame the challenge.”

Head of creative development, Richard Skinner adds: “There were exactly 7.4 easier ways to make this same film, but we like to suffer for our art and the client REALLY wanted to have a pub in their shop. Rightly so, as it’s adds a well-earned layer of connection and social excitement for their customers who have been lucky enough to have visited their store. So, if any future client says “Hey, can you build a pub in my shop so we can fill it with skaters drinking Stella, please?” We know the answer.