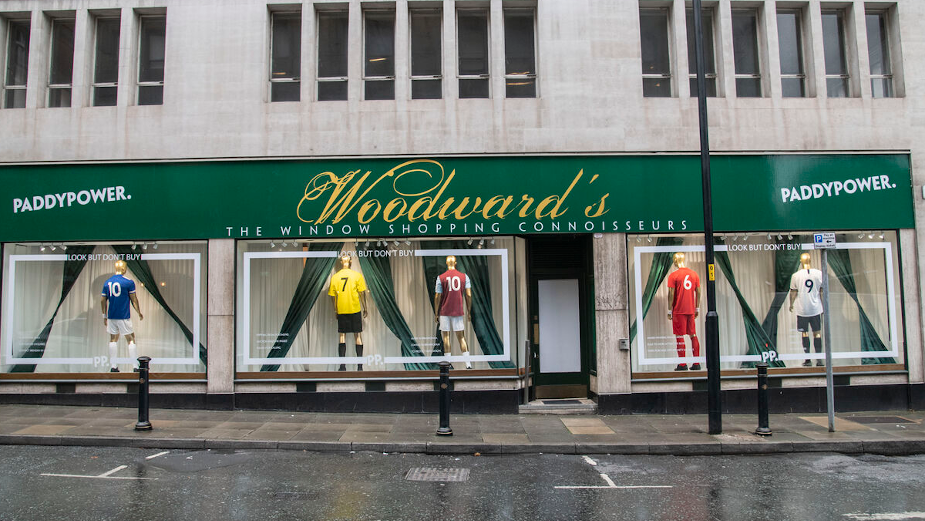 When it comes to transfers, Ed Woodward is the ultimate window shopper.

And with another transfer window about to slam shut and Manchester United, once again, missing out on their main target, Paddy Power and VCCP have decided to pay a special tribute to the club’s chief executive.

They’ve revealed a shop front in Manchester celebrating his penchant for looking at high-end purchases, before instead throwing money at an ageing attacker that could have been signed much earlier.

The shop, on Clarence Street in Manchester city centre, is dubbed Woodward’s, and features tongue-in-cheek descriptions of why the club failed to sign each target.

Beside Gareth Bale, who was repeatedly linked with an Old Trafford switch from Real Madrid before eventually returning to Tottenham last month, it reads: ‘Approached. Rejected. Missed out. In that order’, mimicking his famous Wales, golf, Madrid, flag.

Jadon Sancho, Jack Grealish, Erling Haaland and Paulo Dybala all feature, as does Thiago Alcantara, who opted to move to Premier League champions Liverpool instead of United. Next to the midfielder it says: ‘Award-winning Spanish model. Sold to more attractive buyer. Third purchase opportunity unlikely.’

Unfortunately for United fans, there’s no doubt the store will be ‘busy’ again come January.