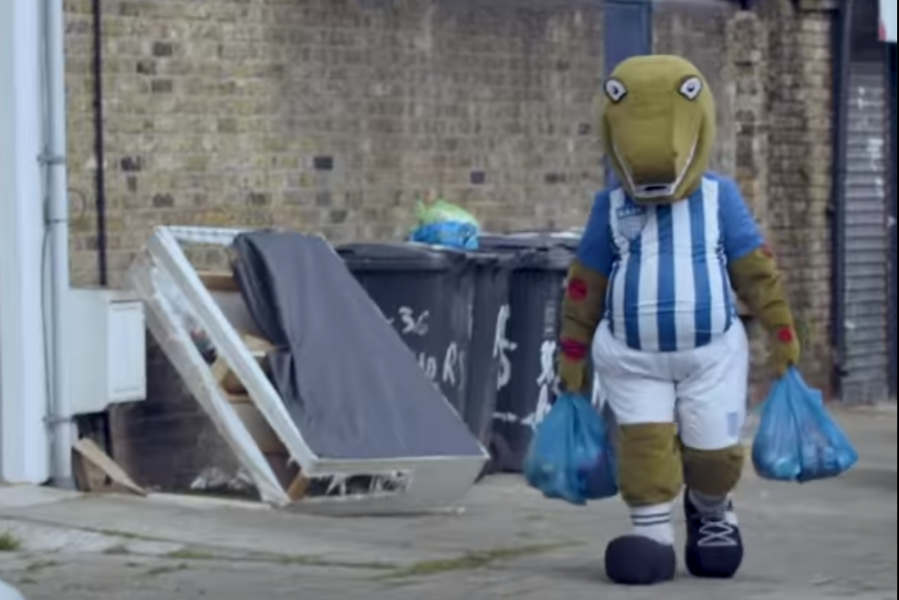 Paddy Power has released a four-part content series called 'The Mascot', across its social channels.

The first episode earned more than a million views within 48 hours, with the second instalment going live this evening.

The series, which follows an out-of-work dinosaur mascot called Frank The Tank, was written by Noel Slevin and Steven Quick from Paddy Power’s social media team, and directed by comedy legend David Schneider – best known for his work with Armando Iannucci and Steve Coogan.

It was filmed and produced last year by That Lot, with Dartford FC’s Princes Park stadium, amongst the locations.

Jack Wilson, head of content and channels at Paddy Power, said: “Anyone with even a passing interest in football will know that the real stars of the sport are the mascots – so we wanted to take fans behind the scenes to see what their life is like away from the pitch.

“Unfortunately, that wasn’t possible, so we just had to imagine what it might be like instead. We hope it gives our followers a smile, and an escape from the news updates for five minutes or so.”