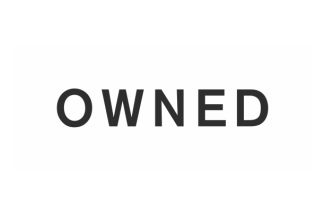 With founding members from across the globe, OWNED is an association of women-owned companies operating in the advertising production industry. The main idea behind the new coalition is to have an organised international resource that allows brands and clients easier access to the industry’s women-owned companies. It also is an initiative of global inclusion that supports, promotes and champions women in all aspects of the industry.

The group officially launched at CICLOPE International Craft Festival in Berlin on November 9th, with the panel discussion 'Women-Owned Companies: More Female Voices In The Advertising Pipeline'. The panel featured Megan Kelly of Honor Society, Ingrid Bragemann of Tantor Films, Jessica Kersten of Cloud Factory and Emma Daines of Fin Design and Effects who talked about what women-owned companies have to offer and what they would like to continue to achieve from the perspectives of agency, production, service production and post-production.

The aim of OWNED is to seek parity over preferential treatment for women-owned companies by providing better access to a clear database of our members. As one of the founding members, Megan Kelly states: “Our hope is to evolve the definition of women-owned companies, enabling the conversation around women as leaders to expand."

Ingrid Bragemann, another founding member mentions: “Our wish is for our voices to be sought for the creativity we bring to the table."

Adds OWNED’s director Naz Foroodian: "For all the positive gained from recent gender discussions, unwittingly a greyspace was also created. We want this space to be filled with positive and transformative dialogue."

The coalition currently stands at 54 companies, all of which joined within the first four weeks of founding, and is currently accepting new members. A current list of members is available on the OWNED website and a full database will be available in early 2019.

Companies are eligible to join OWNED if a woman owns at least 25% and has held an active leadership and decision-making role (managing director, EP or above) for at least three years.