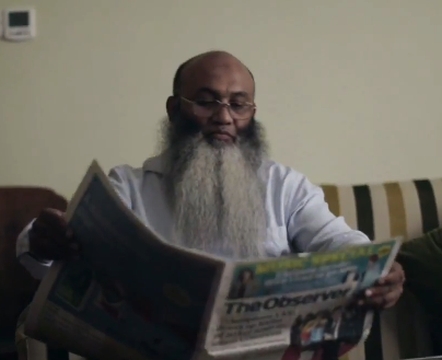 The Guardian has launched a charming new campaign demonstrating how the Guardian and Observer offers a feast of inspiration for use over the weekend.

This campaign is an evolution of the successful ‘Own the Weekend’ strategy, which has delivered over a million additional sales since it’s launch in January 2013 and the rare occurrence of delivering a year on year increase in a declining market. This iteration sees the Guardian empowering their readers to own their own weekend with the papers as the inspirational fuel.

The 90 second film ‘What A Weekend’, launching online on Sep 12th and in cinemas Sep 19th, brings to life the inspiring and incidental role that the Guardian and Observer play in creating a weekend fully lived. The film charts a weekend from the moment the paper arrives to the point at which it hits the floor on a Sunday evening. The film was shot by Simon Ratigan at HLA and the soundtrack was composed by BBH Creative Director, Michael Russoff.

The film is supported by a print and out of home campaign that encourages viewers to “Own the weekend” and visualises inspiring weekend landscapes all made with images from the Guardian and Observer archive. The images will also be wrapped around the WHSmith shop in Victoria station on 11th September 2014.

Michael Russoff, Creative Director at BBH commented: "We've all had weekends that never got started, that we wasted, that fizzled out before they even began. We wanted to make work that reminds people of how great a full weekend can be and the Saturday Guardian's and Observer's role in that.

It's a film that's full of product, but not in the way you usually see it. Not presented to you neatly, but used, abused, devoured, dripped on, crumpled, fallen asleep with. The way we use our weekend papers is full of affection. We wanted to make something that reflected how close we are to them at the weekend".

Richard Furness, Director of Brand and Product Marketing, Guardian News & Media said: "Guardian News & Media offers a tremendous weekend print package with the Guardian and Observer and we wanted our latest 'Own the Weekend' campaign to reflect this. We continue to invest in both titles, with a series of special supplements to be distributed with the Observer in the near future, and a range of new content and a design refresh for the Guardian Monday to Saturday, including a completely revamped Weekend Magazine."