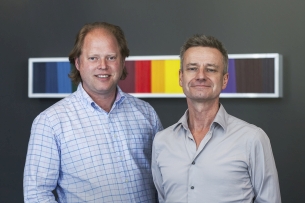 Having held the title at Inferno independently since 2010, and since Draftfcb and Inferno merged in December 2013, Al’s announcement to share his role of Chief Creative Officer is reflective of the expansion seen at FCB Inferno in the last year. A series of pitch successes including BMW UK, the increased creative output such as the This Girl Can campaign and a swell in staff numbers all contributing to this decision.

Al Young, Chief Creative Officer, FCB Inferno says “We are bigger and more complicated now - and this restructure has been on my mind for a while. I’ve never been precious about running the train set on my own and I’ve always admired successful creative twin-leadership models. As for us working well together, I’ve known Owen 15 years and worked closely with him in two different agencies. This is about efficiency and enhancing our already much-improved creative output.”

Owen Lee, Chief Creative Officer, FCB Inferno: “The agency and the FCB network are in a hugely exciting place at the moment. We have some great clients and great people. Gary and I have always found Al brilliant to work for and with, and this new structure will allow us to grow more effectively and bring the best out of our talent”.