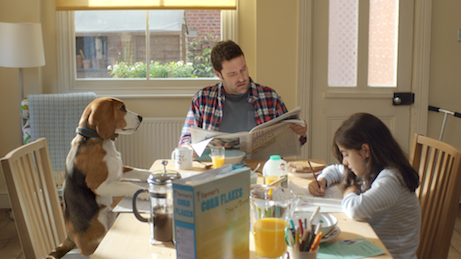 Life Insurance, Simply Done,  features our overly protective talking dog, Jeremy the Beagle, in a series of satirical spots that emphasise how unpredictable life can be.

The first spot, “Trousers”, shows Jeremy getting increasingly worried at the prospect of John perishing from a trouser-related accident. This culminates in Jeremy demanding all trousers are removed from the household. Including the ones John is wearing…