MediaMonks Executive Producer Bas Muller on the opportunities ahead for brands 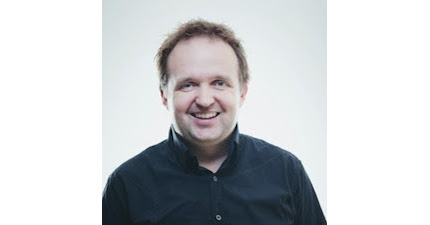 Bas Muller is a seasoned executive digital producer and master of interactive media, who has assumed management positions at a number of acclaimed creative agencies over the last ten years. He now brings the best of digital to Asia with MediaMonks.

Mobile messaging apps such as WhatsApp, Viber, WeChat, Snapchat and Line – among others – have been capturing the emoji hearts and multimedia minds of more and more smartphone users in recent years, with desktop-inspired social media giants desperately playing catch up. Despite their proliferation, most brands aren’t currently trying to get involved. At MediaMonks, we can see why, with current potential for brand engagement on these platforms being labelled as ‘primitive’ at best. Nevertheless, messaging apps aren’t going away anytime soon and there are hints of some exciting opportunities just around the corner...

Mobile messaging services such as WhatsApp and Line have received some careful consideration at MediaMonks over the last year, due to an uncanny coincidence. As an Amsterdam-based digital production company that has recently opened shop in Asia (Singapore), we have witnessed first-hand the use of ‘over-the-top’ messaging apps overtaking SMS in two countries – the Netherlands and South Korea. We can say with some certainty that this is a sign of things to come, as this major shift in consumer behaviour is likely to snowball globally. But don’t take our word for it, as major trend-setting social media giants have provided unquestionable evidence that mobile messaging will play an integral role in their own futures. Facebook’s recent decisions – quite evidently – point in this direction:

- The recent acquisition of WhatsApp for a trivial US$19 billion

However, while the billion+ member service is often considered a frontrunner for all things social, Facebook was late to this particular party: market-leader WhatsApp already had in excess of 450 million active users upon acquisition, while China-based We Chat has 280 million, and Japan’s Line is sitting on 300 million registered users with 80% of this figure potentially active. We’re seeing explosive growth and there is no other way to describe it.

So why, to our knowledge, have only a handful of brands actively tested the potential of these services? Unlike desktop-first social media (such as Facebook), the mobile messaging industry is still extremely fragmented. As can be seen above, competition for dominance in this area is still very much alive. Add to that a lack of accompanying analytics or substantial data on mobile messaging users, and targeting your audience accurately is made extremely difficult. What’s more, the majority of attempts to monetise through direct advertising and brand content have only allowed for very limited engagement, such as deploying branded digital stickers (large-scale, effusive emoticons) and other simple, customised rich media from ‘official’ brand accounts.

Regardless of these setbacks, advertising and marketing must – as always – follow consumer attention if it wants to stay relevant. Luckily, mobile messaging apps are in their infancy, and people are still shaping their expectations of them. It is therefore in the industry’s future that things look most positive. For example, China’s WeChat has started to experiment with direct purchases from brands without ever leaving the application, while Canada-based Kik has created an entire app development platform, allowing third-parties to produce all kinds of (HTML5) applications that launch within the mobile-messaging environment itself.

It is with these precursors that we envisage the most exciting opportunities for brands. Such efforts mark an attempt to create mobile messaging ecospheres, where users can access all the services they need from one place. If mobile messaging services manage to take off in this form, it is something which brands must strive to be a part of in order to continue speaking the same language as their audience.

This article is from the latest SoDA Report.
view more - Trends and Insight