An Australian woman dies every 10 hours 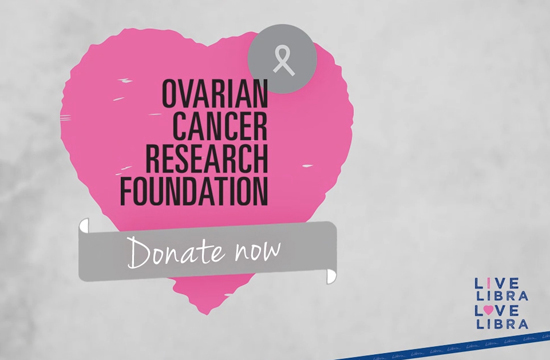 Hello I’m Venus, the leading agency specialising in marketing to women, has today launched a campaign for their client Libra, to highlight awareness of the Ovarian Cancer Research Fund.

The main challenge facing the brand is that very few people know about Ovarian Cancer, or the fact that a pap smear can’t detect it – a common misconception.  There are no signs or symptoms of the disease, which is why it is called the ‘silent killer’, and one Australian woman dies every 10 hours from ovarian cancer.

An early detection test can prevent the disease from claiming women’s lives and this test is what the OCRF is trying to find.  As sponsors of the fund, Libra have decided to leverage the power in numbers of their active and engaged female Facebook fans to push out a very important message.

The social media campaign by Hello I’m Venus will utilise Facebook, Twitter, YouTube and Instagram and aims to raise awareness of the OCRF’s cause of finding an early detection test and create a donation opportunity for Libra fans.

Hello I’m Venus created 6 Facebook ads and 1 eDM that will push people to a microsite they have built. The microsite houses an informative video filmed on a green screen so they could make it interactive with the viewers’ Facebook data, personalising the message.  The site can detect whether it’s being viewed on desktop or mobile.  If it’s on desktop the viewer is prompted to log into Facebook where the video will play, pulling in pictures of you and your female friends to drive home the message.  If on mobile it plays the same video but with generic pictures of women.

Viewers are encouraged to donate to the cause, and share the video both on FB and also on Twitter and YouTube.  The URL for the site www.libraocrf.com.au

Carla Gilbert, Brand Manager at Libra said, “Libra has been a proud sponsor of the Ovarian Cancer Research Foundation since 2007.  And rightly so, being a brand made for women, Libra shares a strong fit with the OCRF.  The team at Libra are very passionate about supporting the OCRF’s mission in finding an early detection test for ovarian cancer, which currently affects approximately 1,200 Australian women every year.”

Jessie Jordan, Creative Director at Hello I’m Venus added, “We needed to hit home on this one and a simple Facebook post wasn't going to cut it. By personalising a message to our viewers we can leave them really thinking about how ovarian cancer could effect them.”