Off the back of Creative Circle's Gold win for Best Use of Music, the team look back at the inception of Ovarian Cancer Action's 'I Will Survive' campaign 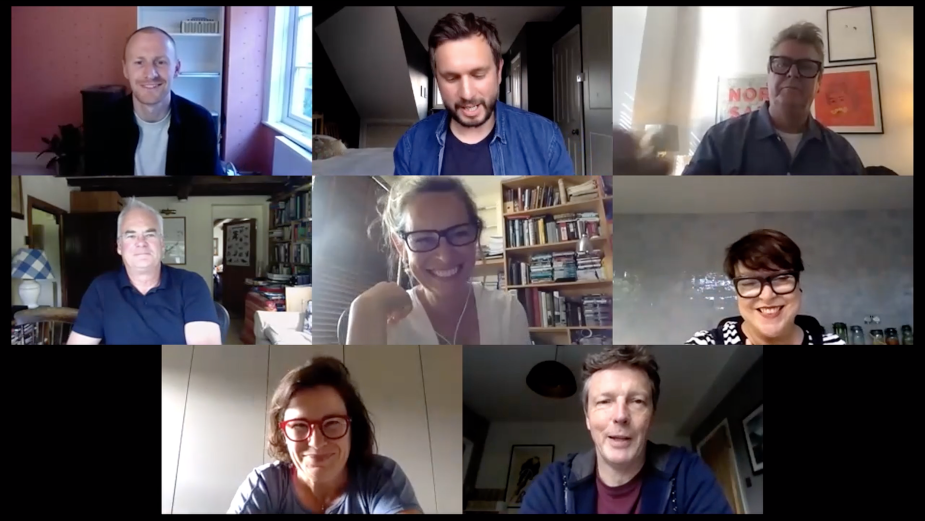 Off the back of the Creative Circle's Gold win for Best Use of Music, for Ovarian Cancer Action’s 'I Will Survive' campaign, the team caught up to remember the indefatigable Vicky Jacobs, who spear-headed the campaign despite being in the late stages of the disease, and to talk about how the project came together. Below is a transcription of the video call.

Dan Neale (DN) – MD / music supervisor, Native > Could you give us a bit of background on how the project came about?

Jody Allison – partner/ producer, Heads Up Production > I believe that Vicky Jacobs, that is the person that got us all involved in the project, she was a sufferer of ovarian cancer herself, and sadly has passed away since we produced the film, she,about three of four years ago, got involved with the charity through her own research and her own suffering, and obviously being a tour de force that VJ was in the industry, she got involved in the charity. They really struggled to be raising awareness, they were a tiny tiny charity, they had very little money, they needed more money for research and she managed to persuade them to think about producing an advertising campaign, a full 360 campaign, and so [she] came to each of us as individuals.

DN > And who else spoke to the client and pulled the strategic brief together?

Tim Page (TP) – partner/ producer, Heads Up Production > VJ obviously was massively instrumental,and was suffering through ovarian cancer, so a lot of the thinking and learning and knowledge came from her, but she was very friendly with Emily James who was at Rainey Kelly, and they decided between them that what was going to be needed was for future generations, because Vicky herself, she knew that she was sadly beyond the help that was available at the moment with ovarian cancer research,and she wanted to help future generations who would benefit from that research and hopefully be cured of ovarian cancer.

DN > Pip and Chris, so when you got the brief, how did you develop it and eventually arrive at the concept you came up with, of using the track 'I Will Survive'?

Pip Bishop – creative director, Bishop + Hodgkiss > Well I think the shock of finding out things like the survival rates of ovarian cancer were the same as breast cancer in the1970s, and just really thinking, like VJ did, that the next generation deserved to have some better odds. So we immediately thought that it should be from children, “I Will Survive” came up quite quickly but we sort of liked that tension from a track that’s usually been a female anthem, to then put that into the mouths of young girls who hadn’t even reached puberty. And it came quite quickly actually, didn’t it Chris?

Chris Hodgkiss – creative director, Bishop + Hodgkiss > Yeah and we wrote quite quickly likePip says, and first of all we thought well let’s just get the girls to mime to the Gloria Gaynor track, and finally through lots and lots of thinking just thought well it’s going to be much more powerful if the girls just say it; is it going to be acapella, or will they just say it and we ended up with, obviously, the girls just saying the lines and after the third or fourth line, everyone just immediately clicks and knows it’s that very very famous track. And that’s how we developed it and the client just absolutely loved the idea. There was a little bit of nervousness about young or old the children would be in the film, but we got to where we ended up and we just needed someone to bring it to life. And that’s when we approached Joanna.

DN > Joanna can I ask you how you managed to get such amazing performances from the girls?

Joanna Bailey – director, Snapper Films > Well the first thing we decided to do was not to tell them the script, so they didn’t know the song, because I thought they’d then over rehearse it, and parents get terribly keen and you know… and the thing about kids, it’s very different directing kids from the way you direct adults,they’re so desperate to please, and a lot of the time they act in capital letters and it loses any spontaneity and any sense of authenticity, particularly when you have such a well-known track, so I think that was always the big hurdle to get over. But really, for me, it’s about trying to have fun with them, and get them to relax so they  do feel free to just offer stuff up and be the kind of characters that we’ve warmed to in the casting, it’s just trying to capture that really, capture something that feels like an essence of them. And that’s what I’m always working towards.

DN > Moving on the music, what was the music brief when you received it and how did you go about the process of putting the track together?

Fred Ashworth – music arranger / producer, Native > The brief was quite clear I think, I think you guys had obviously tested out a few different routes and options, so we knew musically what would work best. Tonally it was quite clear I think, it was obvious that we needed that uncomfortable suspense moment at the beginning and then to transition into the more positive, optimistic section of the track. It was just the instrumentation really as to what we needed to nail down, would it be piano or, there was talk at the beginning of just having a solo string,maybe just a violin or something or a combination of the two, maybe a piano and strings. So that was the main thing we had to figure out, and then once we nailed that down, thanks to Brock obviously Birdy came in and put her vocals over the top, which really just brought the whole thing to life.

DN > Yes … which leads me on to my next question Brock, which is how exactly did Birdy get involved?

Brock Van den Bogaerde– executive producer, Snapper Films > Well like everyone else, I think we felt like we were involved in an incredibly important project and every step of the way it had been a remarkably emotional experience, and it just pushed you further and further to try to add whatever you could to make it as best as possible,which I think is what you have to do.

I asked Birdy today actually, “…how was it that you decided to do this?” and she sent me this quote this evening, I just got it actually.It says:

“I was so moved when I was sent the ad, when I watched it for the first time, using those lyrics in that context is so powerful and heart breaking I felt compelled to do it. I had to contribute something to such an important cause. Especially coming from a family of lots of girls. It’s  real honour to have been a part of it.”

And I know coming from Birdy, she really means that.

DN > Thank you. So…cheers – congratulations on the win, and this one’s for VJ. 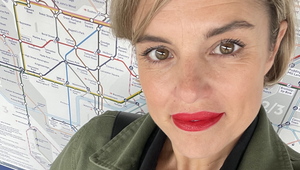 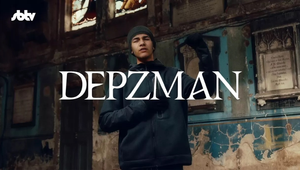 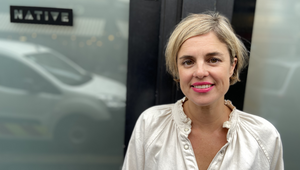 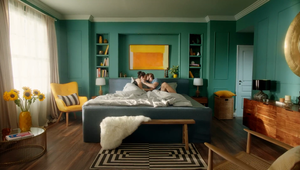 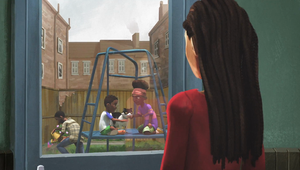 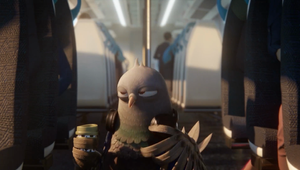 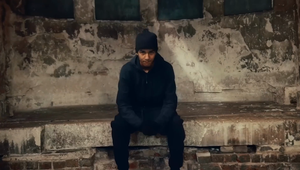