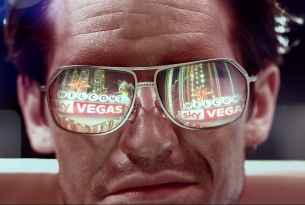 mcgarrybowen London’s first TV campaign for Sky Vegas airs on the 5th October, signaling a new era for the online gaming brand which is part of the Sky Betting and Gaming portfolio.

Asking the question, ‘Why aren’t you in Sky Vegas?’, the campaign aims to cut through the crowded marketplace by creating a memorable new identity for the brand. Based on the truth that there is always something awesome happening in Sky Vegas and it’s only a click away, it intends to build greater loyalty from consumers who are notoriously promiscuous.

The creative idea heroes individual customers as they enter the excitement of a Sky Vegas world. The glamour and pizazz of Vegas is translated through an animated journey as they encounter a world of rockstar roulette-wheel guitars, gold coin rollercoasters and spinning spaceship reels. The spots are accompanied by rock classic ‘Evil Woman’ by Spooky Tooth with a voiceover by US actor Norman Chancer.

mcgarrybowen worked with Outsider director Chris Balmond in collaboration with animation and post production specialists Mainframe to create the spots. The campaign will be supported by print and digital material created by the Sky Vegas creative team to accompany a redesign of the Sky Vegas website.

Rob Painter, Marketing Director, Sky Betting and Gaming said: “We are confident that this campaign will stand out and communicate that Sky Vegas is the place to play casino.”

Angus Macadam, ECD at mcgarrybowen London adds: “Campaigns for online gambling can be a bit dry so we tried to do something with a proper whiff of Vegas about it.” The TV campaign first airs on 5th October, and is the first work the agency has created after winning the Sky Vegas brand on the back of two campaigns for sister gaming site Sky Bet.