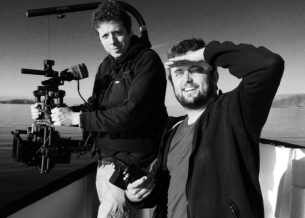 Before becoming a documentary director Max was a youth worker, and it’s his affinity with people nurtured from this experience that he draws on to bring to life honest, captivating, and beautifully filmed human stories.

His transition from TV documentary to advertising was a swift one, and in the two years since he has helmed an impressive body of work collaborating with brands including Sky, The Royal Navy, Nike, Microsoft and Puma / Red Bull Racing.

Having directed the likes Le Bron James, Manny Pacquiao, Jonathan Ross and Lily Allen, Max is equally adept alongside stars as he is non-actors, and it’s this confidence that serves him so well. His bold, intimate style brings bags of heart and energy to all his films.