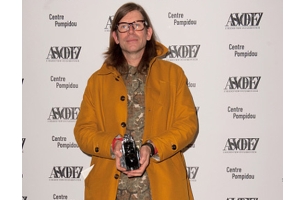 Outsider is delighted to announce the signing of London based  director Justin Anderson for UK Representation.

Anderson's path to directing has by no means been a traditional one. He first trained as a painter at the Slade School in London and subsequently at the Rijksakademie in Amsterdam, which is where he first began to experiment with film. As a visual artist his work has been shown in galleries and museums internationally alongside the like of Paul McCarthy and Carsten Höller.

Justin had the advantage of working in advertising for some time before first stepping behind the lends, and he has since produced a body of award-winning work that has seen him collaborate with brands such as Giorigo Armani, Agent Provocateur, Roksanda Ilincic, and Richard Nicoll. His latest short film 'Jumper' for Jonathan Saunders recently won the Grand Prix at the ASVOFF Awards at the Pompidou in Paris. His work is regularly featured in Italian and French Vogue, Purple Magazine and I-D.

Alongside fashion film, Justin also directs pop promos (occasionally featuring articulated trucks), commercials and short films. In December 2014 he optioned the Booker nominated novel 'Swimming Home' by Deborah Levy, which is in development for his first feature. Click here to check out some of Justin's work.