Outsider Director Jim Gilchrist on the Power of Comedy in Advertising 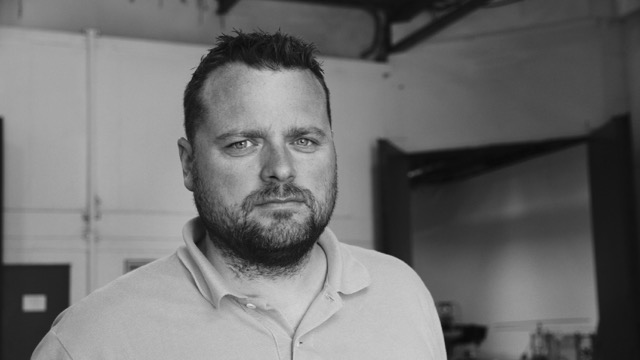 Outsider director Jim Gilchrist recently finished the latest work for Scope's #endtheawkward campaign, created by agency George & Dragon. In the spot, we see various people in the workplace hiding from the perceived 'awkwardness' of encountering someone with a disability.

Jim opens up about how he used comedy to deliver a powerful message for the charity.

Q> What were your first thoughts when you received the Scope script?

JG> Well I got as far as “Should you encounter a disabled person, Scope says HIDE” and I thought, “er…is this for real…?”

Obviously as I read on it became clear H.I.D.E is an acronym and it was actually taking a funny perspective on the awkwardness some people feel when they encounter disabled people.

Q> Were you surprised to see a charity ad using humour?

JG> I was yes, but I have to say, using comedy to deliver a message is always a smart solution for the simple fact it makes the message more memorable. To be funny when dealing with such a sensitive subject was a little tough, I was scared of doing the wrong thing or offending someone. I guess that’s where there is a fine line between funny yet sensitive. For me it was all about conveying that awkward feeling in an exaggerated manner. Of course, good casting was key to it working.

Q> You are well known for your humorous direction, is that something that comes naturally to you?

JG> I like to think I’m funny! In general, I like to make people laugh and I’ve always been a bit of a piss taker… I don’t know if I set out to direct comedy really, I guess my career has just veered in that direction. I think my work has a fairly British, dry sense of humour and an understated tone. I’d actually consider myself a performance director because all of my humour comes from very human insights.

Q? Your casting sessions must be fun?

JG> Well, yes and no. Apparently, I’m quite brutal! If I’m not feeling the right chemistry with someone, I don’t do loads of takes for the sake of it. I’m a bit of a perfectionist and so I put most of my time and effort into the casting because I truly believe if you get this bit right the rest clicks into place. I also have a photographic memory so when I’m writing a casting brief I’ll probably have at least 5-10 names of actors I’ve seen that I’d like to call in. Thankfully, I usually get the cast I want.

Q> What inspired you to become a director?

JG> I thought I could do it better, everyone does right? I thought that it’s easy to come up with a good idea for a performance, once all the decisions had been made, but when faced with a blank piece of paper and asked to do a storyboard for the first time I realised what it’s all about.

Q> What advice would you give to young directors trying to get a break?

JG> Shoot stuff. It annoys me when youngsters say they want to be a director but aren’t out there shooting stuff. I shot so much whilst I was at Fallon. Luckily in the end I had three things to make a reel with and it got me working and I was off and running. If it’s ads you want to do, don’t bother with a 10-minute short film, call a creative team up you love and ask/beg for some scripts from their bottom drawer and shoot those. Do three good ones and you sir/madame are a director!

Q> What ad do you wish you’d made?

JG> Dougal’s ‘Meet the Superhumans’ is the ad of the year - it will clean up at the awards next year and rightly so. I don’t wish I’d made it because I actually think it's so him. By that I mean it’s the epitome of all of the things he does best in one film, I don’t think anyone could do it better.