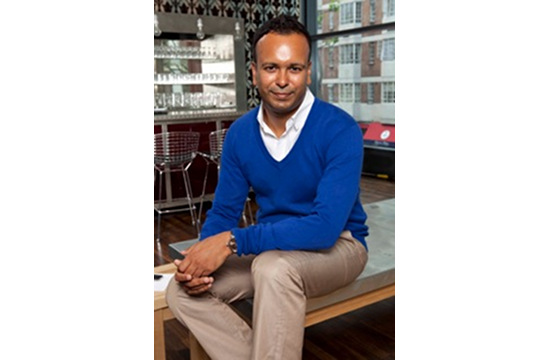 There are times when nothing will beat an outside opinion. That’s why when Lowe & Partners Chairman Tony Wright was looking for someone to take the reins of the agency’s effectiveness his search went beyond the hallowed (and, er, not-so-hallowed) halls of adland. Enter Mihir Warty, economist, numbers man and ROI expert.

“I was totally new to advertising when I joined – and that was about two and a half years ago. Originally I worked as an economist – it’s been a common thing throughout my career, working with numbers,” he recalls. But although he was new to advertising, Warty was more than familiar with the process of proving the value of creative and social enterprise to bureaucratic bean counters.  He worked at BBC where he was involved in a 2006 review to persuade the UK government to invest £34 bn into the Licence Fee. After that there was Sport England where he had to convince the government of the tangible value of sports in areas from health to crime.

“I guess throughout those roles a lot of what I did was about taking research and analysis, and using it to help clients make decisions.  Also what I did, particularly with the BBC and Sport England, was to help people articulate to their partners or the government how they made a difference,” he explains – and all of a sudden it all falls into place. Jargon-y terms like ROI which may send the average art director into toxic shock suddenly conjure up the image of a knight in shining armour, with shining calculator in hand, riding to defend the beleaguered creative.

When he arrived, he found an agency that was already doing effective work but needed his help articulating that.

“I only really speak for Lowe, but the key thing I picked up on was that within our network there were people who were already doing it. We felt very clearly that across the network there was work that was effective. In that sense it was an easy job because we were working with stuff that we could tell immediately if we had increased revenue or not.” The challenge, though, was creating consistency across the global network. In some regions, there were offices which were already working well with clients to develop dashboards to monitor campaigns. In other areas, like Asia, the emphasis was on winning awards and there were incredibly efficient entry systems in place. That expertise was, at that point, still somewhat isolated. “My role was to bring that together and make best practise more concrete and to provide the resources for people who don’t have as much experience. I needed to take the dashboard know-how and awards expertise and share it around.”

After Warty and a small team were brought on board to catalyse an effectiveness revolution, it looks like Wright’s choice has been a smart one – two years after hiring Warty the network wins more Effies per $revenue than any other.

Speaking with Warty, he becomes increasingly animated when discussing Lowe’s big social good projects – and it becomes apparent that the process of quantifying the impact of a campaign is far more subtle and interesting than tracking sales figures.

“We were also lucky that there were a couple of totemic campaigns like Operation Christmas just after I joined that captured a lot of creative attention. We wanted to put some numbers on it. It doesn’t have to be big numbers, that’s the thing – in this case it was a few lives saved that wouldn’t have been saved otherwise,” he muses.

Which begs the question – how do you go about proving that? Tracking Facebook likes or sales blips is one thing – but the economic and social impact of a project like Lowe SSP3’s famous endeavour is quite another. However, according to Warty who works with econometrician Jane Dorsett, she was able to use sensible assumptions and follow the knock-on effect of every individual removed from the Colombian guerrillas.

More recently there’s been the Help a Child Reach the Age of Five campaign for Lifebuoy soap, a Unilever project to help stop preventable but fatal diseases by encouraging thorough hand-washing regimes. “It was a really evocative and emotional campaign and, compared with Operation Christmas, quite mass market. Again, it was a challenge to put a pecuniary value on both the impact on sales as well as the impact on saving lives. Really great to collaborate with our India team who’ve not tried to measure these sorts of things before.”

From the sublime to the tiresome – after discussing quantifiable socially impactful campaigns, discussion turns to the sticky question of social media metrics as a measure of effectiveness and the case study videos that populate awards. “Every award judge in the last few years will have groaned at an entry raving about how the campaign ‘went viral on Facebook’ and so must have been successful. At Lowe we’re trying to develop an approach to social media metrics to get more of a pecuniary value on what’s being achieved there. Not easy to do but watch this space for a ‘Populist Metric’ to go alongside our ‘Populist Creative’ approach.”

While a lot of our conversation revolves around how to measure success of on-going and completed campaigns, but as the work progresses, Warty is keen to loop his findings back to the beginning of the process. After all, effectiveness research that wins awards is one thing, but if it helps win new business, even better.

“In most cases I get involved at the end, or near the end of a campaign. I have to say ‘OK, how have we done?’ and then feed that back to clients and get a case together for award entries. Certainly in the first 18 months I’d been here that was the bulk of what I was doing. Once that was up and running, we started getting more and more involved with pitches. We talked about how we’d evaluate the campaign. We’re also doing work with on-going campaigns where we’re working alongside the client – if they’re interested, not all clients are – to show how it’s doing.   A lot of what we’ve done so far is retrospective and that works well for awards but, for clients, what’s important is how they might improve on-going work.”

But getting involved at the beginning of the process raises the spectre of ROI research tinkering in the realms of the creative. However Warty is quite clear on the importance of creativity – both from his experience sitting on the Lowe Counsel but also from research such as the IPA/Gunn Report paper of 2011 which demonstrated that creatively awarded campaigns were several times more efficient than non-awarded campaigns. It all comes back to the idea that, rather than working against creativity, effectiveness experts can provide them with the facts, figures and lingo to defend what they already intuitively know.

In any case, the relationship between creativity and effectiveness is certainly shifting – and in some rather surprising ways. For Warty, a non-Mad Man who has found his place in the industry, it’s an exciting time.

“It’s great to be working in advertising at a time where effectiveness is not necessarily seen as the ugly sibling to creativity. In a way recession and tough economic climate heightens the value of marketing and the need to extract as much value from it as possible. There’s a role for being creative in how you measure impact and effectiveness. It is an art as well as a science.”