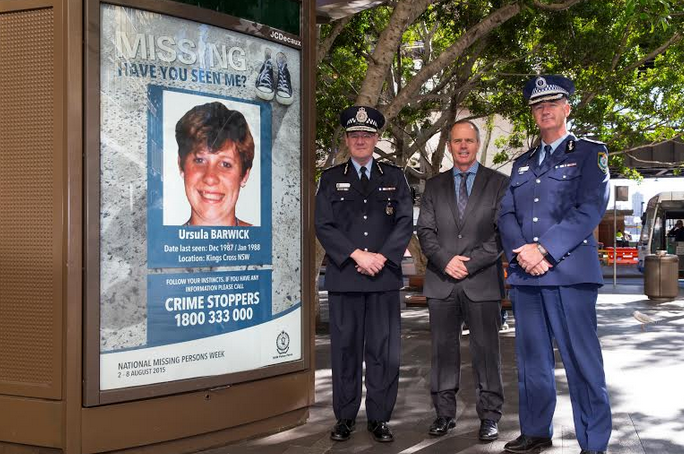 Running Australia-wide from 2–8 August, NMPW is a national annual campaign aimed to raise awareness about the issues and impacts associated with missing person’s cases. This year’s theme is ‘follow your instincts’ and aims to dispel some of the myths surrounding missing persons.

“The Outdoor industry is now in its seventh year of supporting this vital campaign in New South Wales and taking the campaign to a national audience in partnership with the AFP is a natural progression. Our audiences keep growing and our digital reach is increasing – using this unique position to broadcast critical information that could bring solace to people in need is very important to us,” said Charmaine Moldrich, CEO of the OMA.

“We hope the campaign will assist in finding these people, and, importantly, raise awareness for all missing person cases,” said Moldrich.

The partnership will see OMA members across Australia donating advertising space and production costs to provide national coverage of the campaign on both static and digital inventory. The campaign was launched today at Customs House, Sydney by the Acting Australian Federal Police Commissioner, Michael Phelan, and NSW Assistant Commissioner Peter Barrie.

“The support of the OMA and its member organisations will provide a much needed exposure to these cases profiled. We believe through their support we will reach many more Australians and increase the chance of people providing information on those profiled to police. We look forward to working with the OMA on future campaigns,” Acting Commissioner Phelan said.

The AFP has selected the following missing persons as the focus for the 2015 NMPW Outdoor campaign:

A staggering 35,000+ people are reported missing each year in Australia. While 95 percent of people are found within a short period of time, there remains approximately 1,600 long term missing persons. This is an issue that has the potential to affect anyone, irrespective of age, gender, sexuality, culture, profession or educational background.

In 2015 OMA members have generously donated over $991,752 in advertising space and production costs across the ACT, NSW,QLD, SA, VIC and WA, which is an increase of 200% over last year.

For more information on the campaign visit: www.missingpersons.gov.au.