Out of Pitch: Why Pitching and Procurement is Hitting a Duff Note

Trends and Insight 518 1 Add to collection 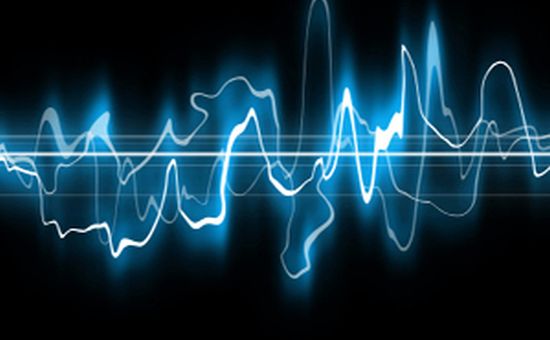 Depending on what particular role you play in the advertising industry, this following article might come as something of a shock… or it could be all too painfully familiar. In many respects it’s an exciting time to be in the music and sound sector, but it’s also deeply frustrating. Coming at the end of the production process, these companies are used to being last on the list for agency producers but they say that the problematic pitching process and procurement pressures are getting in the way of strategic, effective, efficient music and sound.

The most frequently cited issue from composition and supervision companies is the fact that rather than work closely with one or two companies to work up a brief and collaborate closely, agencies frequently brief many companies and record labels and leave it until late in the process before deciding who to work with.

“Sadly there’s still a tendency to brief out to many music houses time and time again rather than one round of demos then working with the chosen piece to final,” says Natalie Dickens, Felt Music MD. “There seems to be a devaluation of music – or the term we keep hearing banded about, ‘the race to the bottom’.”

According to Leland Music founder Abi Leland, it’s a difficult issue that’s also tricky to bring up with agencies. “On the subject of agencies using multiple companies, it’s the way that it’s worked as long as I’ve worked in music for advertising. It’s very much ingrained in the culture and it’s not really often questioned. It’s the way people operate. But I think it needs to be questioned and challenged. It’s a difficult thing because as an independent music supervision company where our clients are the advertising agencies and the brands, it can be hard to not come across as essentially giving it the hard sell by challenging that way of working because it’s looks like we’re saying ‘work exclusively with us’.”

Although she understands the need to occasionally work with more than one music company on a project – every spot is different after all – she also says that there are jobs where anything from 20 to 40 music supervision companies, composers, reps and record labels have been briefed.

“From an agency point of view they’ve given themselves a whole lot of extra work there. It’s not productive at all and I feel it really kills the creative process for everyone involved. When it gets to that point it’s crazy and someone in the agency needs to say, ‘hold on something’s not working. Is there an argument to work with more than one music supervision company? Yes there probably is and I wouldn’t want to get to the other extreme and be completely black and white about it. At the same time I can’t think of any other area within the industry that works the same way. It seems to be something that’s been ingrained in the culture and hasn’t been questioned.”

The more scattergun approach does yield tracks to choose from but it also results in frequent repetition and leaves producers having to wade through and curate tracks themselves. Several of the music supervisors I spoke to voiced their concern that, at worst, lack of trust in their strategic abilities leaves them constrained and treated as simply researchers.

Dan Neale, creative director at Native who was previously Head of Music at RKCR/Y&R, argues that closer working relationships and greater thought and attention earlier in the process tends to result in more fruitful collaborations. “Dealing with one or two companies is, I think, a stronger proposition than dealing with six because you can’t possibly give them the proper amount of attention that you can to one or two. And for a TV producer and a creative team, the output that they get from a music company is never nearly as good as if they don’t put that amount of effort into the brief. If you’re the sixth company to the table, you’re going to get two lines in an email. I think it’s very important for creatives and agencies and producers to realise that they do have to put the effort in at the beginning of the process. You can’t just wave a magic wand.”

Everyone I spoke to has different theories as to why the pitching process currently works in such a roundabout way. A few used the phrase ‘arse-covering’, off record, but others said there also appears to be a lack of confidence when it comes to the vocabulary of music and sound.

Jack Derbyshire, a music supervisor at De Wolfe Music, has found that the kind of personal relationships that make for effective collaboration are being squeezed out in favour of exclusivity deals. “From a De Wolfe perspective, our main challenge in the advertising sector is competing with the larger music companies with greater financial muscle who have partnership agreements with agencies. This means it doesn’t matter how close a relationship you have with anyone working at that agency, they are obliged to run the vast majority, if not all of their work, past their contracted music partner first. I personally think this stifles creativity and it makes it that much harder to build a relationship with an agency if they’re already contracted to another music company.”

It’s something that Paul Reynolds and Roscoe Williamson at Massive Music London have witnessed too. “Everyone in every aspect are experiencing decreasing budgets and increasing supply. We’ve seen a real land-grab for production too. There are deals being made – exclusive deals to secure big batches of production. It’s almost corporate deals versus creative freedom. Not particularly a fan of it and not sure it’s where we should be going in advertising. A lot of these companies are owned by big agencies and are a real threat to the independent composers and composing companies.”

But while some see the major production networks as a significant threat, others see a proliferation of ‘bedroom sound designers’ and poorly qualified music supervision companies as muddying the water and confusing producers and agencies.

“Amazing leaps in technology are making a dramatic improvement in the ways in which we can work and create. However broadband and the affordability of home editing systems mean that there is increased competition from ‘bedroom’ freelancers and companies. They are operating on a different level to the Soho market, but nevertheless are offering services in music composition and sound design,” says Nicola Gilbert, Deputy MD at GCRS.

Many feel that there is an understandable confusion surrounding the many different types of music and sound companies and what they offer. “I know that it is a problem for agencies being bombarded by so many different music companies and not knowing who’s doing what and who’s legitimate,” says Abi Leland. “In most industries, the companies that aren’t the strongest whittle away and you’re left with a core group of the strongest. That’s not happening and one of the reasons is because of agencies using multiple companies. It allows more people to be working in the area than there should be and it allows certain companies and individuals to just scrape by when they’re not really qualified to do the job. You’re dealing with copyright and a lot of money and there is a great deal of risk. There’s a problem in the area with there being too many companies, but until agencies stop working in that way, it’s going to continue to be a problem.”

It’s a difficult terrain to navigate – for Mark Beckhaus and the team at Sydney music supervision and audio post house Nylon, the key to navigating this challenging environment is to specialise in their offering and being confident enough to embrace a niche. “Once upon a time a music and sound house would really try to work with every agency in their hometown and dominate all of the local business,” he says. “These days there are so many competitors that we really are very specific about what we offer and then only work with the people who appreciate and want that.”

The business side of advertising’s music and sound industries is rarely addressed in open forums and trade press is rarely addressed. Perhaps it’s the forced shift from collaborator to supplier status but, more likely, it’s that these issues are difficult to raise with the people who are, ostensibly, your clients. But from the conversations we have been having throughout the sector (with those willing to go on record and those reluctant to speak openly) there’s a lot of frustration with inefficient processes. But there are companies willing to open up and start a dialogue – here’s to hoping that with a bit of real conversation agencies and music and sound companies can start singing form the same song sheet.