Davidson has shot striking work for global brands such as GE, Toyota, Absolut and Facebook 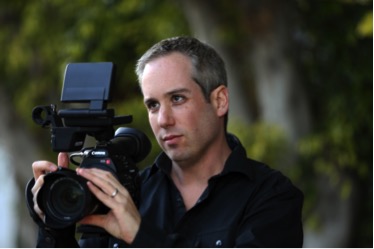 Production company Park Pictures has signed Oscar-nominated documentary and commercial director Kief Davidson for exclusive international representation. Nominated for an Oscar for his documentary Open Heart, Davidson has earned acclaim for striking work for global brands such as GE, Toyota, Absolut and Facebook. In collaboration with the Lego Company, Davidson directed the tremendously popular Radius/Weinstein Company feature doc A Lego Brickumentary in 2015. View his reel here.

“Kief is a great fit for Park Pictures because of his talent for marrying creative filmmaking with meaningful stories. He impressed us with his many accomplishments in the documentary film world. We believe his upcoming feature film, Ivory, will be transformative, not only to the craft of documentary filmmaking but also to the world of wildlife conservation, in particular the wide spread slaughter of African elephants,” says Park Pictures’ Co-owner and Executive Producer Jackie Kelman Bisbee.

Ivory (working title), follows undercover intelligence operatives in Africa, Asia and Europe who are taking down the elephant ivory cartels, as activists and rangers fight for the species' survival. The documentary was produced by Red Bull's Terra Mater Studios and Microsoft co-founder Paul Allen's Vulcan Productions. The powerful cinema documentary is slated for theatrical release this fall.

Born in Brooklyn, NY, Davidson is also known for his award-winning films The Devil’s Miner and Kassim the Dream.