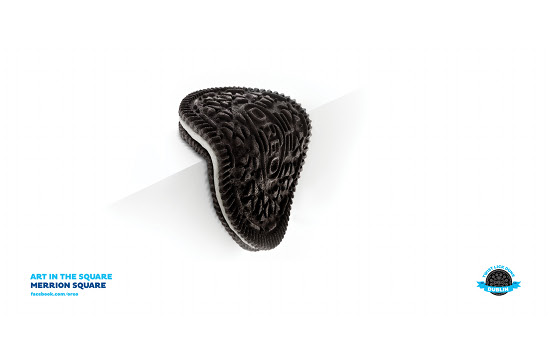 Mondelez have launched their first outdoor campaign in Ireland for OREO, the “Dublin Twist”. Created by Draftfcb London, the campaign will appear across Dublin from today. This great opportunity for OREO is the result of PHD winning €150,000 of media space in JC Decaux’s “Fame – The Agency Edition” competition.

Following on from the Cannes Lions Cyber Grand Prix winning “Daily Twist” which marked OREO’s centenary, the “Dublin Twist” campaign will blanket the city with OREO’s homage to local landmarks and special events. The playful outdoor ads use the iconic white crème and the distinctive exterior of “America’s Favourite Cookie” to suggest fifteen different sites for Dubliners to visit together. These include visiting the Hugh Lane Gallery or attending the Bram Stoker Festival. The sixteenth, final twist will depict one of Dublin’s institutions or events based on a winning suggestion from one of the TheJournal.ie’s readers. 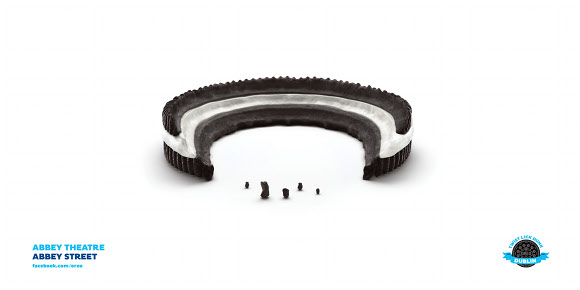 Commenting on the campaign, Jonathan Ryan, brand manager – biscuits Ireland, Mondelez International said, “We were delighted to have won ‘Fame – The Agency Edition’ and now we can showcase the personality of the OREO brand using a uniquely Dublin twist.”

OREO are also transforming the city’s public transport with bus wraps and special station activity. When the OREO Express, a wrapped train, pulls into Dublin’s Pearse station, a branded installation will dispense OREO samples. In addition, the brand will support runners with a good luck message and goody bag contribution at the Dublin Marathon (Monday 28th October). 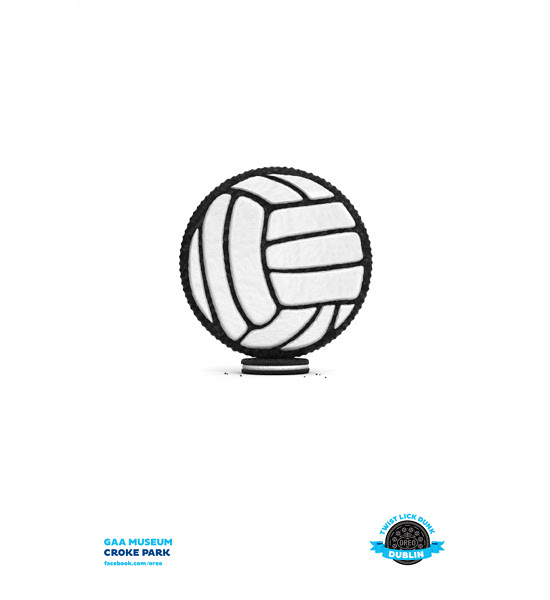 Draftfcb London’s Executive Creative Director David Harris commented, “Through the iconic images of OREOs, this campaign invites people to get together and discover the less well known, more unconventional parts of Dublin. In addition to helping connect them with each other, we direct them to different events in a fun and playful way.”

The campaign runs from 21st October to 4th November and covers out of home, press, experiential and social media. 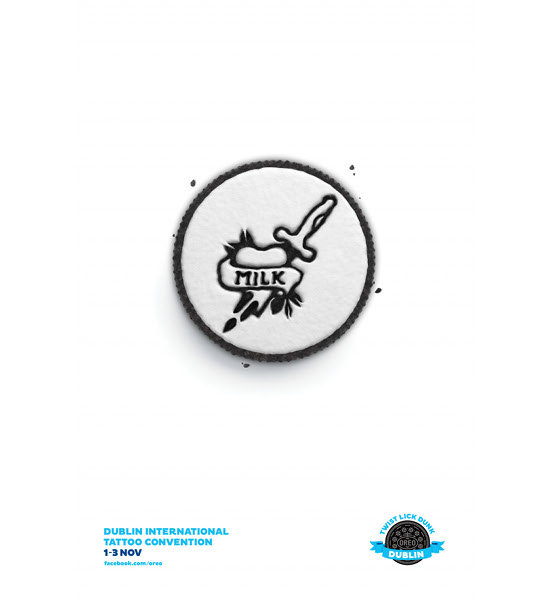