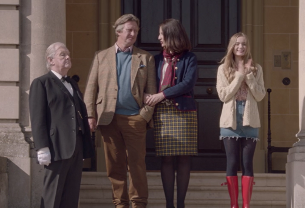 Innocean UK has launched a new ad for the launch of 'Hyundai Click to buy' - A new and innovative online car buying service, directed by Chris Palmer.

Using an oversized cardboard ‘delivery box’, the film shows a mix of different types of people and a variety of locations around the UK.

Everything from quiet suburban streets and blocks of flats to isolated farmhouses in dramatic locations. As we visit these locations we are struck by the presence of a huge cardboard box.

The box is always ‘parked’ in a place you would expect to see a real car, but it is not until the end of the commercial, when a box is finally opened, that a part of a Hyundai is revealed.'

Editor: Scot Crane at The Quarry