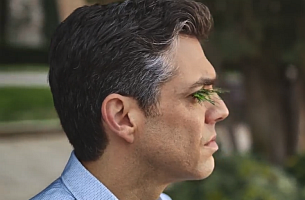 ‘Hay fever season’ has officially begun – and if you’re a sufferer, chances are you’ll be well aware of that.

To coincide with the beginning of Pollen Season – which typically runs from late March until late September – RB eye care brand Optrex has launched a striking new advertising campaign for its ActiMist 2 in 1 spray for itchy & watery eyes.

The campaign, which spans TV, radio, point-of-sale and digital, has been developed by creative agency Havas London and breaks on 12 April. Media has been booked through Zenith.

While most people are looking forward to spring, others struggle to share that excitement – as they know that with summer comes puffy, red and watery eyes. They can’t fully enjoy picnics in the park, barbeques or open-air cinemas without worrying about pollen making them look and feel awful. Yet while pollen can be difficult to avoid, Optrex ActiMist 2 in 1 spray for itchy and watery eyes, which repairs the eye's protective moisture barrier to reduce itchiness in the eyes, acts as a fast and effective solution for those suffering with pollen disturbance to their eyes – allowing them to enjoy the summer with everybody else.

Havas’ striking campaign dramatises the effects of the allergen on people’s eyes – with visual metaphors including flowers’ stamen, blades of grass and flecks of pollen replacing sufferers’ eyelashes. It was directed by Morgan Harary though 1stAveMachine.

Charlotte Schloesing, Marketing Director at RB, says: “Spring has typically been the time when those with allergies become self-conscious of their swollen, red and watering eyes. There’s no cure, but in Optrex ActiMist there is relief – and we hope this campaign reminds people that they don’t have to let their itchy eyes ruin their summer.”

Elliot Harris, Creative Director at Havas London, adds: “We hit upon a brilliantly effective visual metaphor with last year’s Screen Eyes spot, and we continue the theme here with this equally surreal spring campaign. Watching it, those affected will know exactly the feeling we’ve attempted to capture on-screen – and even non-sufferers should sympathise.