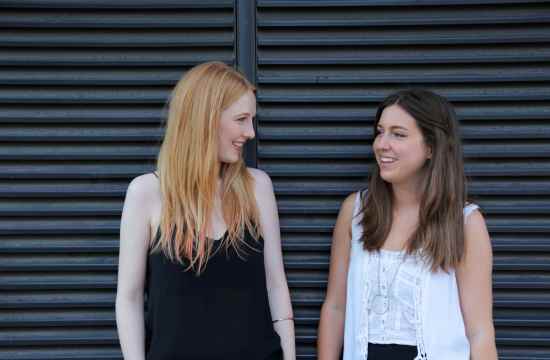 It’s a tough gig, being a female sneaker head. Well, according to 18 Feet & Rising’s employees, Emily Hodgson and Emilie Riis. Fed up with seeing men strolling around in the funkiest colourways while their own feet remained neglected, the pair has set up a social media campaign to encourage Nike to make its men’s trainers in female sizes.  Purple Unicorn Planet is a fantasy web-shop that showcases all of the amazing trainers that a girl could hope to jump around in – if only Nike would get with the girls. Below they explain their frustration and why Nike are missing a trick or two. 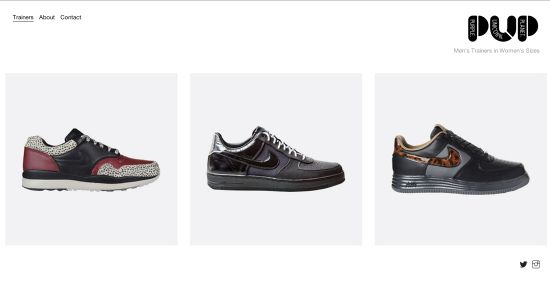 We searched high and low for the perfect pair of trainers and we found them. Actually, we found many, but they weren’t made in our sizes.  We’re intrigued to find out why this is. It's surprising that Nike, a brand that is usually one step ahead of the game, is falling behind on this one. Women want the same colourways as men. So let’s change it up.

Unisex products are continuing to gain market share, as consumers loosen their gender barriers. As a result many products have gained a far broader appeal. We are currently undergoing an interesting shift away from masculine and feminine products, blurring the lines between the sexes. This was acknowledged back in the 90s when Calvin Klein launched its unisex perfume CK One – it became a huge success and arguably the scent of the 90s. Brands like American Apparel have followed suit by marketing unisex clothing, and it’s becoming all the clearer that consumers are ready for a more streamlined approach.

We think Nike should jump aboard the unisex train and start making men’s trainers for girls.  One of the ad men behind Nike’s big success once said that Nike didn’t discover the power of advertising, they discovered the power of their own voice. True. Nike has been behind some of advertising’s strongest campaigns, tapping into great human insight and enabling people to ‘find their own greatness’ - to quote one of their most successful campaigns of 2012. It’s important to state that this is by no means an attack on Nike, it’s our ‘call to feet’, a shout-out to get Nike to change it for the girls.

Fed up with sitting back and watching things play out, we wanted to actually make something and get the message out there.  We know we aren’t the only ones looking for cool kicks - our website had over 2000 page views in the first 12 hours and has had visitors from every continent on the planet.  It’s a global need. Unfortunately the trainer world of 2013 is still framed as a man’s game. As an example, at a trainer event we attended recently, we were asked “do you not know this is a men’s event?”  We nurtured a the tiny strand of hope that remained alive in us, but as we turned  over the tongues of the City Pack we were only met by disappointment. These trainers were made for walking baby... But sadly not for us girls.

Catch up Nike, that’s all we want.

Read the open letter to Nike below, and to find out more head to purpleunicornplanet.com 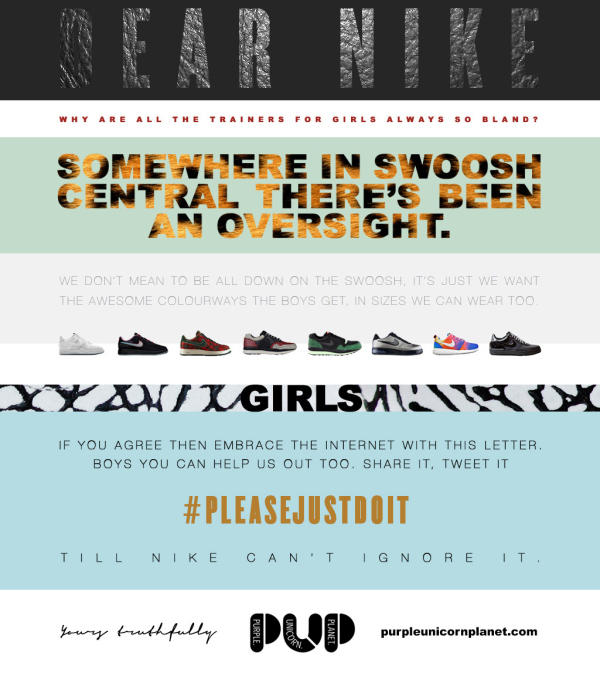