Trends and Insight 787 Add to collection

Anna Fawcett on nurturing new talent, budgets and the importance of craft 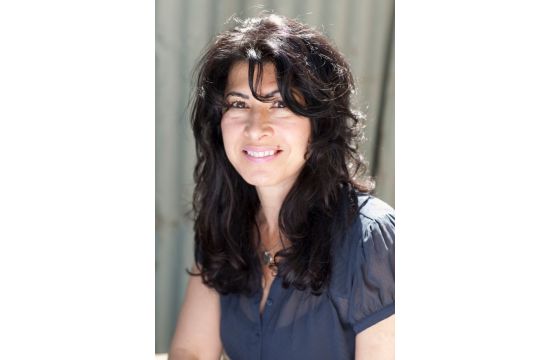 If there’s anyone qualified to take the temperature of the production industry and give it a health check, it’s Anna Fawcett. The Filmgraphics Executive Producer has sat on numerous craft and film juries over the past twelve months and has been flying the flag for new talent in her native Australia. Laura Swinton caught up with Anna Fawcett, to talk risk-taking, storytelling and the power of new blood.

LBB> What have been Filmgraphics' highlights of the past year?

AF> After 30 years in the same building, we moved and rented the previous to a European TV station. Our new place is a fabulous space next to the Sydney Theatre Company surrounded by agencies and post houses. We’ve been busy with interesting projects, we’ve judged at Cannes, LIA and D&AD and worked with the best agency creatives and producers.

LBB> Filmgraphics has announced quite a few exciting signings over the last month or two - what were you looking for when gathering this new blood together and what do you feel the likes of Alina Gozina and Gracie Otto will bring to the roster?

AF> We look for talent. Alina Gozina is an amazing stills photographer with a definitive attitude and look – very European, graphic and contemporary. She has something different to offer.

Gracie Otto has made a documentary called ‘Chalky’ about a famous English producer. She met him at the Cannes Film Festival, became friends and, with no real backing, travelled the world filming him and all of the famous people he had worked with over the years.

They both have confidence, and we believe they can bring a fresh perspective to any projects that come their way.

Ariel Martin is now in Los Angeles doing a mentorship with a writer and working on his first feature script. His forte is working with actors. He loves it.

LBB> The Filmgraphics roster has a healthy dose of young talent - why do you think it's important for a production company to actively nurture young directors?

AF> We must see something unique in them – a good work ethic and a strong drive to be successful. There is nothing more rewarding than helping newcomers to the business become more successful. They benefit from being nurtured by the legendary director David Denneen, while a production company benefits from constantly changing their energy.

LBB> What are your experiences trying encourage agencies to take a punt on new directors? These days one often hears complaints from production companies that agencies are tending to stick with the same few names whereas a few years ago they were desperate to find the 'next big thing'. Is this the case in Australia too or do you find agencies are quite open-minded?

AF> No one wants to take a risk these days – well, rarely. They want to use the award-winning directors even when the idea of the budget doesn't warrant it – it’s not easy. Usually they will take a punt if the budget is so low they can’t get anyone else. The beauty of Filmgraphics Entertainment is our secret weapon – David Denneen. Everyone knows that whoever they use, he will work with the young directors to help bring their ideas to life.

LBB> One thing I've noticed is that while there still is an imbalance between male and female directors, in Australia there seems to be loads of really cool female directing talent around at the moment. Is that something you've noticed? And what are your thoughts on the situation?

AF> Yes, you are right. Maybe women are more confident and the new generation of creatives is more open to using them now. Male or female, I think everyone these days just responds to talent.

LBB> You've been on a few juries in the past year, most recently D&AD - from what you've seen is 2013 shaping up to be a good year for craft generally?

AF> One thing that has taken a beating over the last few years is craft. Cinematography raised some questions, due to the use of digital cameras – a great deal of discussion went into the question of who really deserves an award for lighting, the cinematographer or the flame artist? In the other categories, the jury members always looked for a fresh approach to telling the same story.

The more conventionally crafted pieces, regardless of how good they were, didn't seem to win. With craft, everyone still took the idea into consideration. There had to be some substance or truth in it, otherwise, regardless of the execution, it didn't seem to hit a chord. For me, it’s shaping up to be a year in which craft is extremely important.

Clients are conscious of their brand. They do not want to make the same rubbish as before, but at the same time, they don't want to appear too excessive in how they execute their ideas for no particular reason. People still like to see stories well told, despite the fact that there aren’t many told right now – it’s more mood pieces and gags. I hope to see the comeback of advertising that involves a good story.

LBB> How would you characterise the health of the Australian ad production industry at the moment?

AF> It’s the same for every country – with technology available to everyone, some of the magic has gone from what we do. Also, budgets are very low in comparison to expectations.

With our dollar being so high, we compete for work not only with directors from here, but globally too. And if you think about it, who doesn't want to jump on a plane and shoot in LA with the comedy director of the day? We also don't get offshore work any longer, so that has impacted on the production business.

You have to be smart about how you run your business. Keep overheads in check, ask crews and suppliers to do deals and get through each project as best as you can. I think that in every country we suffer from inferior work these days. Often, only a few star pieces shine out each year. When I first started, advertising used to set the trends, but that’s not the case anymore. Gut instincts and faith in both the idea and director are rare – but when it does happen, it usually produces the memorable work that goes on to win awards.