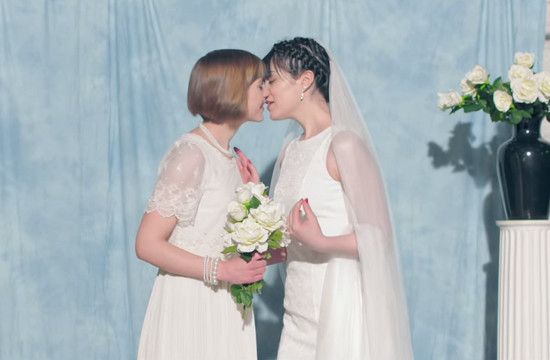 BEING France and the Asta Philpot Foundation encourage you to look beyond appearances in an inspiring and surprising new film.

As a follow-up to its award-winning 'The Lover' spot for Come4.org, which helped change the way we view sex, BEING France imagined a new advertising film for the Asta Philpot Foundation, which aims at helping every human being be themselves.

The Asta Philpot Foundation’s mission is to spread a message of positivity, happiness and empowerment to people with and without disabilities, everywhere. Asta Philpot was the protagonist of a 2007 BBC One documentary film titled “For one night only” in which he persuaded two other disabled guys to join him in an encounter and enjoy a sexual experience in a legal Spanish brothel.

You didn’t picture activist Asta Philpot as a lover before seeing the Come4.org film? He is back with friends and with a similar message of diversity, urging you to look beyond appearances.

“Beyond Appearances – The diversity song” is a series of portraits of supposed outcasts, and aligns wrong first impressions – because you shouldn’t judge a book by its cover! If you think I’m too fat to be hot, or too old to party, if you think I’m different because of the color of my skin, or I’m boring because I wear ties, then think again! Open your mind or… you can kiss my ass!

All the protagonists of the film were volunteers eager to spread Asta Philpot’s message of diversity, positivity and empowerment. They were cast for their differences, which they were willing to affirm proudly.

The catchy original score, composed by famous singer Ben Von Looy, of the Flemish band Das Pop, is a reference to typical cool, Rat Pack crooners melodies, with lyrics written by BEING France. The haunting melody was composed to suggest to listeners that the singer himself is a “cliché”, a handsome guy with a soft, soothing voice, only to discover at the end that it is Asta Philpot singing, who you didn’t picture as your obvious crooner. Asta Philpot is affected with arthrogryposis, which impairs his physical ability of movement.

For this inspiring campaign, BEING France chose to work with director Pierre Edelmann, whose sense of photography and authenticity allowed him to magnify the diversity and differences of the protagonists of the film.