The PromaxBDA Europe Awards 2013 will be held on the 13th of March in Paris. 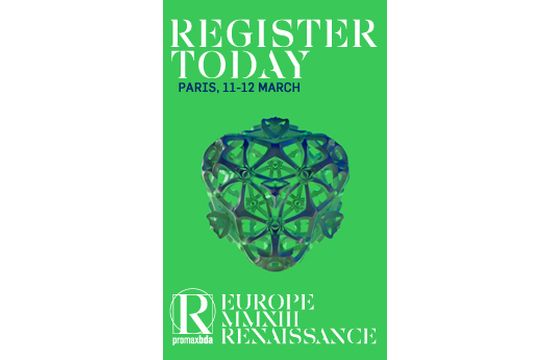 If you haven’t entered the PromaxBDA Europe Awards yet, remember to finalize your entries within the next five days. The final deadline for entries is on Friday 21st of December at 23:59 PST (UTC/GMT – 8 hours). PromaxBDA is Europe’s largest gathering of marketing, promotion and design professionals in TV and entertainment media. The event will be held on the 11th and 12th of March 2013 in Paris, France.

The Promax BDA Europe Awards winners will be announced on the 13th of March, wrapping up the two-day conference.

For more information about the awards, the deadlines, price increases and admissions please see the PromaxBDA website: http://www.promaxbda.org/awards/current-awards/promaxbda-europe-awards-2013.