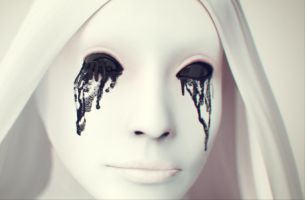 The widely popular franchise enjoys a near-fanatical fan base with over 12 million followers on Facebook. So the heat was really on to produce a film that was visually explosive and dramatic enough to drive excitement around the new series to a fever pitch.

The American Horror Story anthology has built a rich legacy exploring various horror genres. From haunted mansions to insane asylums, from witches to circus freaks and supernatural hotels, the series recreates classic horror and noir in all forms.

ONESIZE’s darkly gothic sequence in this new spot, titled Anthology, is an homage to the previous instalments of the show - bringing back the most memorable characters and artwork from each season and presenting them in dynamic visual style. One seamless camera move takes the viewer through the previous five seasons, ending on a question mark and the number six. The retracting camera move symbolises retreat, running away from the action. Starting with a gimp-like black rubber ghost who tries to grab the viewer, the journey goes past a graphic nun with crying eyes, three witches with snakes in their mouths, an androgynous clown and ending on Lady GAGA as you’ve never seen her before, the film packs a visual punch to both thrill the fan - and engage the uninitiated.

ONESIZE created the visual effects introduction sequence that is the main body of the film – the last 12 seconds is a mash-up of a number of other teasers created as part of the campaign intended to misdirect audiences from the truth behind Season 6. To really craft this sequence, the team at ONESIZE employed a series of different techniques, including 3D, camera mapping, modelling and animation.

Kasper Verweij, Creative Director, Designer & Partner at ONESIZE said: “We have always been motivated by pushing the boundaries in visual communication and about uniting the experimental with the commercial. This film for American Horror Story takes our craft to a new level. We’re thrilled that one of the giants of US TV has entrusted our little studio in Amsterdam with making the ad for their most iconic series.”