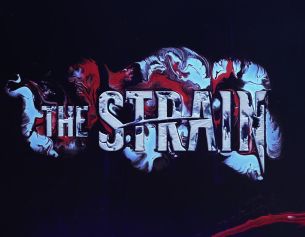 Award-winning creative studio Onesize, the internationally-focused, Amsterdam-based agency for distinctive design in motion, continues its strong dive into the US market with its latest project for FX Networks. The final season of hit TV show The Strain premiered last night (16 July), featuring a visual identity by the creative digital minds at Onesize, in collaboration with artist Susi Sie.
After creating the teaser promo for cult US show American Horror Story 6, Onesize was the logical  choice to take part in – and subsequently win – the pitch on FX-series The Strain’s fourth and final season, directed by the critically-acclaimed Guillermo del Toro. Inspired by the series’ storyline – in which a vampire virus infects the human race – the creatives chose the theme of blood to visually recreate the nightmarish world of The Strain. 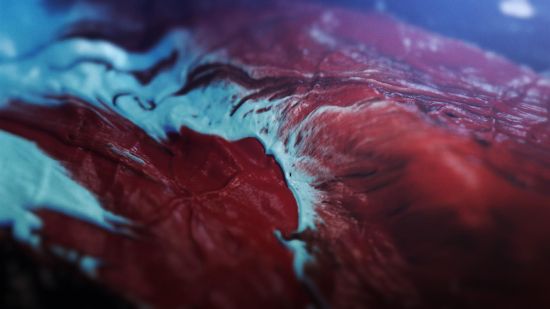 Inspiration was found in surreal paintings and graphic novel-style artwork, combining objects and liquids, and the team set to work in the studio to work on digital paint-mapping effects. Their search for the perfect footage of moving fluids brought them to Berlin-based artist Susi Sie whom they approached to collaborate on live action footage of fluids.

“Once we’d finalised the concept, we started off by shooting the live action content in artist Susi Sie’s Berlin studio” says Chris Coopmans, Art Director at Onesize, “where we first created laser-cut frameworks of the FX and The Strain logo. Then Susi Sie set to work with her box of tricks, which we shot on high-speed film in order to have full control. Once back in our own studio in Amsterdam, details from the footage were extracted and extruded upwards to create a more in-depth 3D effect. Painterly textures were then mapped on 3D models. Everything, except for the logos was later digitally recreated.” 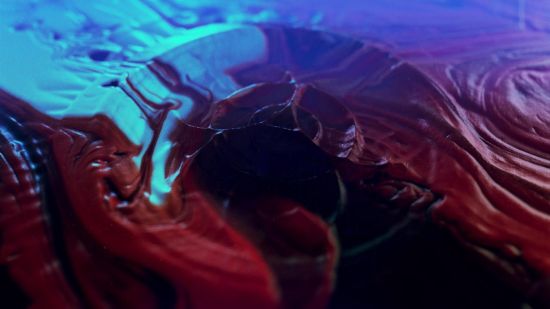 Two colours formed the basis of the visual identity, with white representing the vampire blood and red for humans. The footage was crafted and then turned into an episodic package, which includes promos, teasers, count downs, in the show itself in between breaks, both online and for TV.
"We love taking the creative lead – but we strongly believe in working collaboratively with clients, artists, and wherever the creative brief takes us. We can take a project right through from concept to final rendering, covering art direction, design, direction, visual effects, editing, (post) production.  This approach works, as validated by the fact that our last promo campaign for American Horror story won 8 awards – including six golds – at the PromaxBDA awards.” Kasper Verweij, Creative Director, Designer & Partner at Onesize.
view more - Creative