OnePlus Bets on eSports with Biborg 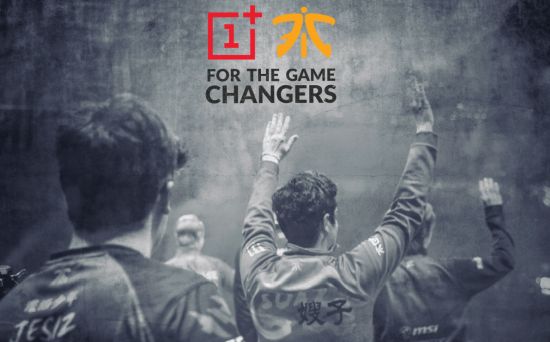 Digital agency Biborg has announced the launch of a partnership between its client, smartphone manufacturer OnePlus, and Fnatic, one of the key actors in eSports.
The eSport audience is one of the most rapidly growing on the market, with 427 million viewers expected to watch competitions in 2019, up from 230 million in 2015. It comes as no surprise that brands are jumping in the game, eager to reach the ultra-connected 15-35 year-old target.
To help OnePlus reach the valuable sector, digital agency Biborg, experts in the entertainment and gaming community, has helped them set up a partnership with Fnatic. Not only is the team one of the most awarded and recognised, its players hail from all corners of the globe.

"OnePlus has changed the game of the smartphone market over the last four years, building its success on its dedicated fan base. The crossover with Fnatic's community is strong and both audiences are largely composed of gamers and tech enthusiasts. It made sense to us to bring OnePlus and Fnatic together as they share the same values," explains Kais Ali Benali, Biborg UK Business Director and Partner.

Biborg has already brought the two brands together with several recent events for the overlapping community. The first OnePlus x Fnatic joint event, for the release of the new OnePlus 5 Slate Grey, was held at the end of August at Fnatic’s homebase in London. The event hosted over 100 fans and included several retro-gaming stations, FIFA17 and Tekken tournaments, and an Asphalt 8: Airborne competition, which was played on the new OnePlus 5 smartphone. This was a clever way to demonstrate the technical capabilities of one of the most powerful mobile gaming phones on the market.
As a gesture of support, and a way to further unify the two communities, the tech brand recently sent out complimentary OnePlus 5 phones to the Fnatic players, accompanied with personalised motivational messages.
Now official, thanks to the success of their previous collaboration, the partnership will be pushed at the next Paris Games Week, where OnePlus and Fnatic will share a booth with the following strong positioning: FOR THE GAME CHANGERS. The booth will have a shop and will feature FIFA and Counter Strike stations, and visitors will be able to meet Fnatic’s players, try out the OnePlus 5, or take a photo with the ESL cup. 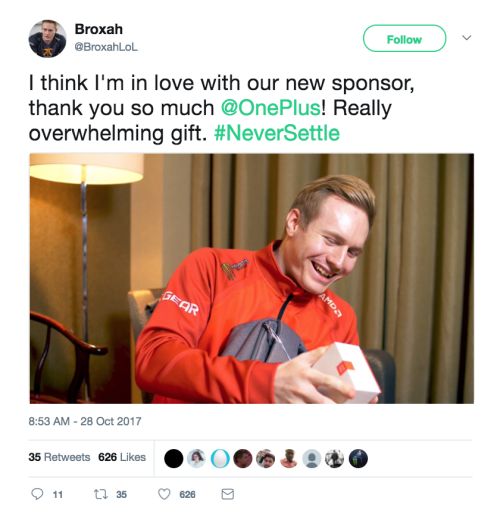 "We’re very proud to have been chosen by Fnatic for this international partnership. The fact that some of the world’s best players choose OnePlus smartphones is already a success within itself," praised David Sanmartin, Head of Marketing Europe, OnePlus. "Video games and eSports are a major focus for us, and we’re planning on helping Fnatic to victory."
"We’ve been looking for a partnership for our smartphones that makes sense for a while now. For us, this is both a gaming platform, especially for our Vainglory team, as well as a daily companion that goes with us everywhere and all the time, in work and moments of relaxation," said Wouter Sleijffers, CEO, Fnatic. "OnePlus is a brand, and above all, a team with which we’re all familiar with. To work with such enthusiasts makes a lot of things much smoother."
Other new and innovative collaborations between the "game changers" and the OnePlus community are in the making for the end of the year, with details to be announced shortly.
“Our role is to accompany brands like OnePlus in the video game and eSports universe, and to do so with a good understanding of what's at play, as well as good intentions towards community gaming. We want the partnerships we forge to truly make sense. They should be based on shared values and a willingness to create common activations; if not, the partnerships are too difficult to keep going. Our job is to transform good intentions into activations, and to animate the conversation over the long term. As sponsors, we have to gain access to the community and win their confidence step by step by giving personalised support to players and the team in order to help them develop. The first feedback from our activations with Fnatic players, like the one with League of Legends player Broxah, are very encouraging and we're confident we got off to a good start," says Bruno Luriot, CEO at Biborg.
view more - Hires, Wins & Business